VS Battles Wiki
Register
Don't have an account?
Sign In
in: Tier 9, The Dark Knight Trilogy, Warner Bros.,
and 47 more 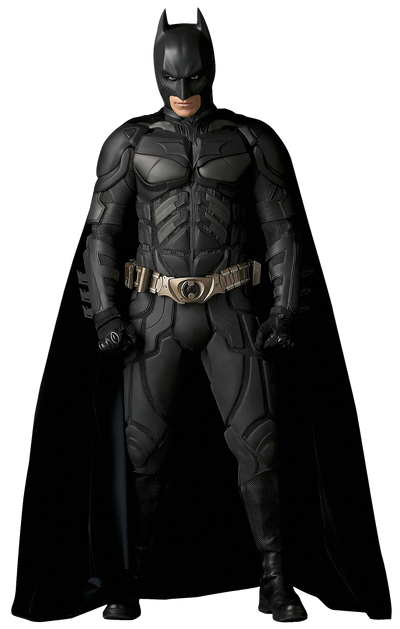 Bruce Wayne is a billionaire playboy from Gotham City. When eight years old, he saw his parents get murdered in front of him. He spent seven years of his adult life in training in various forms of martial arts, and his detective skills. When he returned, he was inspired by a bat in his ancestral home of Wayne Manor. He became Batman. He was portrayed by Christian Bale in Batman Begins, The Dark Knight and The Dark Knight Rises.

Tier: 9-B. Likely up to 9-A with vehicles like the Batmobile or Batpod

Age: Nearly 40 by the end of the last film

Powers and Abilities: Superhuman Physical Characteristics, Master at armed and unarmed martial arts (boxing, kung fu, karate and fencing), Master Planner, Social Influencing (Is well-versed in using fear and intimidation tactics), Stealth Mastery, Gliding with his cape, Statistics Amplification (Has a device which allows him to amplify his strength considerably), Summoning and Animal Manipulation (Can summon bats, which serve as a distraction and help him Camouflage), Enhanced Senses (Has an ear radio allows him to listen in on conversations miles away and possesses a periscope with night vision), Electricity Manipulation (Attempting to remove his mask will release an electric shock), Status Effect Inducement (Has a variant of batarangs which can knockout an individual upon piercing), Explosion Manipulation (Possesses various forms of explosives), Technology Manipulation (Can disable various types of devices), Light Manipulation (Possesses flashbangs) and Resistance to Electricity Manipulation (Unaffected by a taser). The Tumbler possesses Explosion Manipulation (Through various means), Homing Attack (As shown here), Camouflage (Using Stealth Mode), Extrasensory Perception (Possesses Sonar) & Self-Destruction (As shown here) and The Bat possesses Flight, EMPs (As explained here), Explosion Manipulation and Lights (As shown here)

Attack Potency: Wall level (Fought on par with Bane, who can easily smash apart concrete pillars. Can one-shot highly trained fighters with no effort whatsoever. Smashed a moving van by jumping onto it. With the aid of a mechanical knee brace given to him by Lucius Fox, he effortlessly broke part of a brick wall with a single kick), Likely up to Small Building level with vehicles like the Batmobile (Plowed through a concrete road divider, the Tumbler can launch some missiles and another one can fire even more of them) or Batpod (It's capable of blowing up multiple cars in a single shot and has also fatally damaged the Batmobile)

Speed: Superhuman (outran gunfire from three shooters and he glides this fast) to Subsonic (Moved about a meter within the time it took an assault rifle to shoot twice, effortlessly defeated 17 extremely skilled, armed people in 21 seconds and his Tumbler could reach up to the full speed of 160mph), higher attack speed with the dual front-mounted cannons of the Batpod.

Lifting Strength: At least Class 1 (Capable of lifting an armored Ra's al Ghul with a single arm. Despite being severely weakened, he managed to lift a large wooden beam off of himself. Held his own against Bane). Higher with gauntlets (Can bend the barrel of a gun).

Durability: Wall level (Endured a barrage of full force punches from Bane, in which even casual jabs of his can penetrate concrete pillars. Can withstand his own blows). Likely Small Building level with vehicles like his Batmobile (Took an impact of a rocket fired from Joker's bazooka & there's another Batmobile which briefly shrugged off gunfire from a heavy machine gun unfazed)

Intelligence: Gifted (Is a combat prodigy, and an excellent businessman and detective)

Weaknesses: Refuses to kill. He will put himself in harm's way to protect innocents and his loved ones. 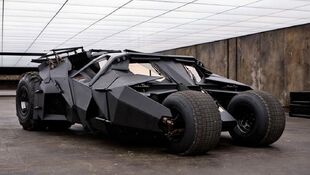 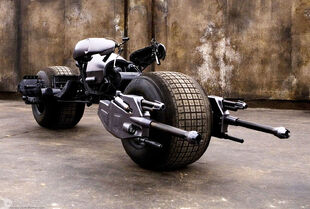 Batman (Burtonverse) Batman's Profile (Speed equalized, both at 9-B)