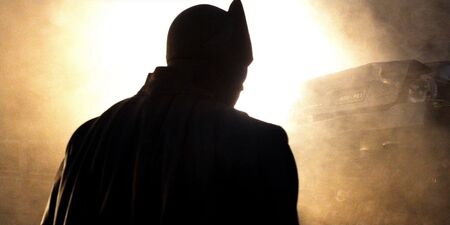 Bruce Wayne (born February 19) is a well-known billionaire, playboy, philanthropist, and former owner of Wayne Enterprises. He is the son of the late Thomas and Martha Wayne, the nephew of Jacob Kane, and the cousin of Kate and Beth Kane. As Bruce, he presents himself as an irresponsible playboy and womanizer, though that persona is nothing but a façade that he created in order to cover his double life; sometime after his parents' murders, he swore vengeance against criminals, an oath tempered by a sense of justice for which he trained himself physically and intellectually to become Gotham City's protector, the vigilante known as Batman, or simply the Bat, stylized as the "Dark Knight".

In 2015, Bruce disappeared for unknown reasons, leading the local crime rate to rise higher than ever and the Bat-Signal to be finally switched off in 2018 to signify his permanent absence. After discovering his secret identity Kate took on her cousin's mantle and became Batwoman.

Tier: 9-B, likely higher via gadgets and vehicles

Attack Potency: Wall level (Stated to be superior to his cousin Kate Kane, a very skilled and well-trained vigilante herself who is stronger than Barry Allen with Oliver Queen's powers. Described by Barry Allen, as a "total badass" as Batman that made even the likes of Oliver Queen jealous, with Barry noting that even with Oliver Queen's extremely advanced combat prowess, he could never compare his skills to Batman's)

Lifting Strength: At least Class 1 (Stronger than his cousin who is this strong)

Durability: Wall level (Should be superior to Kate)

Range: Standard melee range, dozens of meters via Batarangs and other gadgets

Intelligence: Genius. Is an extraordinarily intelligent individual and an expert tactician, as he was able to fight against crime in Gotham City for several years with tremendous efficiency, being immensely skilled in the arts of deception and manipulation, as he managed to successfully keep his identity as Batman a secret for many years, not only from the public but also from his remaining living family members as well. He is also an extremely skilled engineer who developed technologies that would be deemed by both Luke Fox and Kate Kane as the best on the entire planet and with his skills being even superior to Luke's. He was able to successfully run and oversee Wayne Enterprises' daily activities for years, effectively acting as it's CEO and maintain it's status as a multi-billion dollar corporation despite his heroism, without any perceivable difficulty. He is a master of various fields, including economy, sciences, crime-fighting, history, psychology, and countless others.

Weaknesses: Normal human weaknesses but has survived situations that would have killed any normal human being.