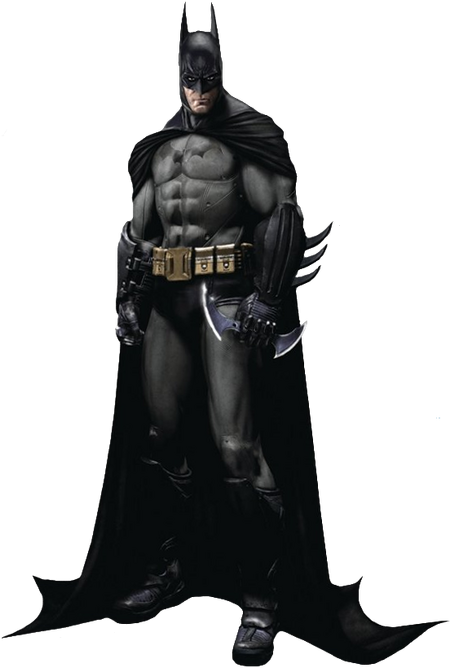 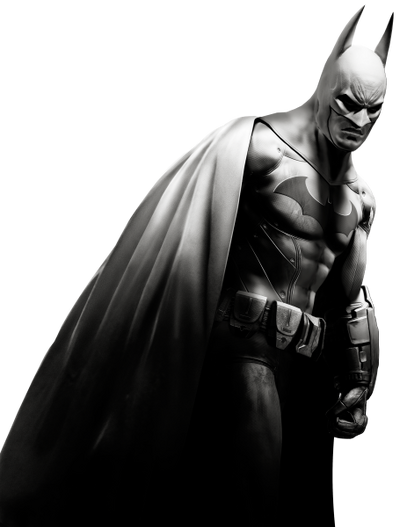 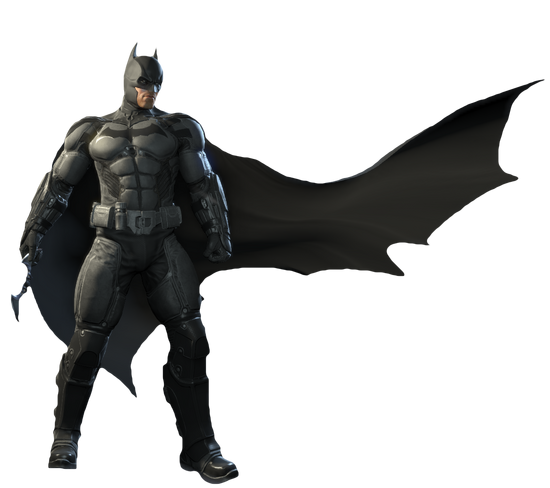 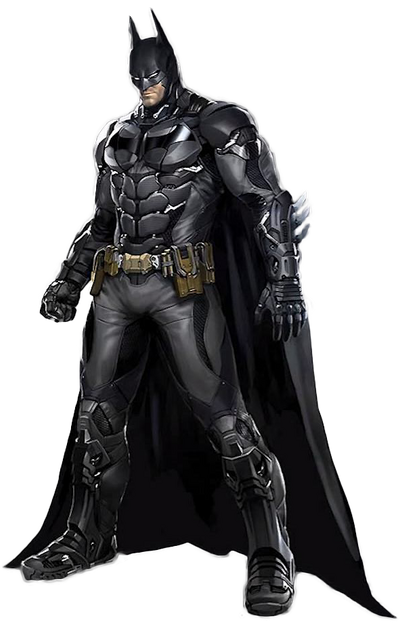 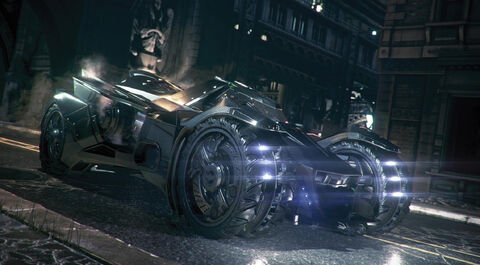 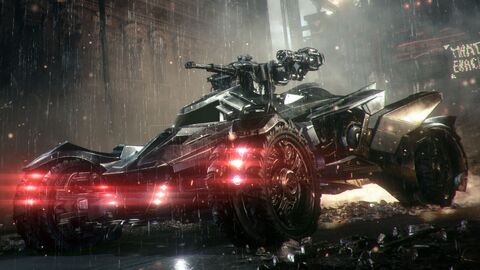 Powers and Abilities: Superhuman Physical Characteristics, Master of Martial Arts, Acrobatics, Pressure Point Strikes, Vehicular Mastery, Weapon Mastery (Has no qualms with using weaponry used by his enemies), Enhanced Senses (Even before becoming Batman he had already trained his senses to the utmost peak to successfully complete the challenges of Togakure-Ryu), Stealth Mastery (Can sneak into buildings filled with armed guards and silently take out foes without making a sound), Master Tactician and Strategist, Genius Intelligence, Extreme Pain Tolerance, Master Detective. X-Ray Vision, Retrocognition, Analytical Prediction and Information Analysis (Initially he concentrated his senses to see through walls and other solid objects, though they didn't allow him to analyze information correctly, thus leading him to create Detective Vision, which can show perfect X-Rays, criminal databases, recreate past events, predict future projectile directions, detect sounds even when surrounded by walls etc.), Electricity Manipulation with Remote Electrical Charge and Shock Gloves, Explosion Manipulation with Explosive Gel and Batarangs, Sound Manipulation with Sonic Batarang, Homing with Remote-Controlled Batarang, Ice Manipulation with Freeze Blast, Technology Manipulation and Hacking with Disruptor (Can disable weapons and locks) and Cryptographic Sequencer (Can hack computers and mainframes), Smoke Manipulation (With Smoke Bombs), Fire Manipulation with Thermal Gloves and Batarangs, Can call vehicles like the Batmobile and Batwing to him, Gliding/Semi-Flight with Cape, Fear Manipulation with Fear Gas, Master Planner, Resistance to Mind Manipulation, Madness Manipulation, Perception Manipulation, Poison Manipulation (Has resisted Scarecrow's highly-toxic hallucinogens countless times even when overdosed and always emerged triumphant over them. Resisted The Joker's insanity as a result of having his blood injected into him and ultimately cured himself of it) and Extreme Temperatures

Attack Potency: Small Building level (Able to kick through steel bars and destroy brick walls. Capable of effortlessly breaking bones. Can effortlessly demolish gigantic wooden doorways and thick tables with a single kick, which is vastly superior to demolishing ordinary doors. In the possibility where he allows Ra's Al Ghul to live and Nyssa to die, he casually shatters a blade with a single blow from his gauntlets. Crushed a military-grade GPS with just one hand. Can trade blows with and is comparable in strength to those capable of harming him and his suit) | At least Small Building level (The Batmobile should easily be vastly superior to him. Can casually destroy cars by running over them. Can completely destroy tank drones and reduce them to tiny metal shards in a single shot. Light tanks are easily destroyed from any side, but heavy Cobra tanks are almost invulnerable from both penetration and explosive impact from the front. They are only vulnerable from the rear after being penetrated by the round first, which has slightly lower penetration compared to modern HEAT or APFSDS rounds (820mm RHa at point blank range) but with a far higher explosive effect)

Speed: At least Supersonic+ (Reacted to rockets from a M202 FLASH launcher (which has a muzzle velocity of 114 m/s) as well as shots from a grenade launcher. Has also sucessfully dodged bullets and even outpaced rounds from M4 Carbines and HK416s many times in a row, even viewing them as near-frozen to his eyes) | Subsonic movement speed (Much faster than most ordinary cars. Without the afterburner, it can hit 209 MPH, which is on par with most real-life supercars. With the afterburner, its maximum speed threshold increases by upto 30%, meaning it would have a theoretical top speed of 271.7 MPH) with Supersonic+ attack speed (Has two Vulcan cannons) and at least Supersonic+ combat speed and reactions (Its cannon has a muzzle velocity of 1,680 m/s. Can predict and dodge comparably-fast tank shells in Battle Mode and even outpace high-tech missiles in this state)

Lifting Strength: At least Class 5 (Capable of tossing grown men around and snapping small metal bars with ease. Held his own against Deathstroke, who can lift 2 tons. Casually ripped apart Riddler's robots with his bare hands. Forced open a metal gate all by himself. Can easily lift fully-grown men by the neck with just one arm. Can effortlessly rip apart metal grates without making a sound. Easily pulled Killer Croc, who weighs in at over 850 lbs, to safety. Easily ripped through handcuffs and shackles. Pulled open a metal door that was rusted in shut with moderate effort. Broke free from Solomon Grundy's grip, who can easily rip gigantic chains apart. Can easily free himself from being frozen solid) | At least Class 100 (Is able to pull and support the weight of giant structures and heavy objects)

Striking Strength: Small Building Class (Has harmed and defeated people on similar levels as him. Can beat up a Great White Shark so hard that it panics and flees. Casually sends people flying several meters in the air and distance) | At least Small Building Class (Is capable of damaging tank drones by charging at them)

Durability: Small Building level (Withstood numerous full-powered hits from a bloodlusted TN-1/Venom-enhanced Bane, and survived being hurled through a wall by him completely unscathed. Also withstood hits from Titan Joker, and Clayface, including being thrown out windows and collapsing through entire ceilings and floors. Can brush off his own explosive gel exploding in his face only with slight irritation. Can easily brush off point-blank explosions from grenades and missiles that can blow up entire ceilings), higher with his suit | At least Small Building level (Can be damaged by Cobra tanks which have small building level weaponry. Can shrug off large explosions from gas stations, heavy impacts, and tank shells with no ill effects on its performance)

Stamina: Incredibly high (Can still fight at peak condition even while heavily injured. Even high dosages of Scarecrow's Fear Toxin couldn't stop him)

Intelligence: Genius level intellect in multiple, unrelated fields. A highly-skilled martial artist, being able to go toe-to-toe with several enemies with much greater fighting experience than him, like Lady Shiva, Deathstroke and the like.

Weaknesses: Normal human weaknesses, though has repeatedly survived situations that would easily kill regular people. Refuses to kill. Questionable mental state and trauma from his childhood due to witnessing his parents' death, although this rarely affects his reasoning or combat skills, always managing to retain his composure even during intense situations. Has no regard for his own health and will do anything to protect innocents and loved ones, falling into a severe state of depression upon witnessing them die, as in the case of Jason Todd's "death". Initially he suffered from the effects of Joker's infected blood even after being cured which resulted in him suffering from intense hallucinations almost turning into the Clown Prince of Crime himself in terms of behavior and actions, but eventually he was able to overcome it by the end of Arkham Knight. Several of his weapons can only be used for a specific number of times before needing a recharge.

Key: Base | With Batmobile