VS Battles Wiki
Register
Don't have an account?
Sign In
in: Characters, Mega Man, Capcom,
and 37 more 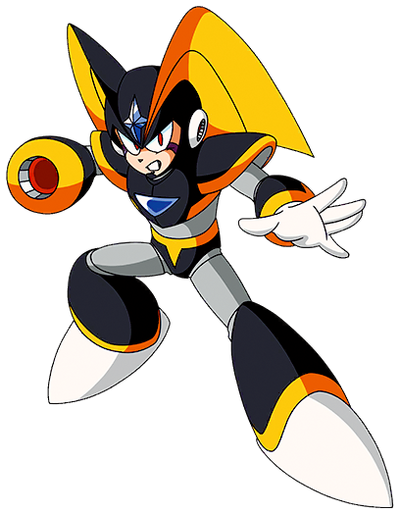 Bass, known as Forte (フォルテ Forute?) in Japan, is a Robot Master created by Dr. Wily to imitate Mega Man's design, along with Treble, an imitation of Rush's design. He was created based on a research conducted on Mega Man with the intention of surpassing his power sometime during or before the events of Mega Man 6, and made his debut in Mega Man 7.

Attack Potency: Large Planet level+ (On par with Rock, who is in turn in the same league as Sunstar and Duo) | Island level in Base (Comparable to Rock), Moon level, possibly Planet level with Hyper Crystals (Could harm the Stardroids)

Stamina: Essentially limitless due to being a Robot Master, Bassnium gives him unlimited ammo and combat stamina.

Intelligence: Noted to have a remarkable AI (Almost on the same level as Reploids) and has a great amount of freedom compared to other Robot Masters, capable of rebelling against Wily when others cannot do the same.

Weaknesses: Extremely arrogant and full of himself. One-sided obsession with defeating Mega Man and proving himself the strongest robot.