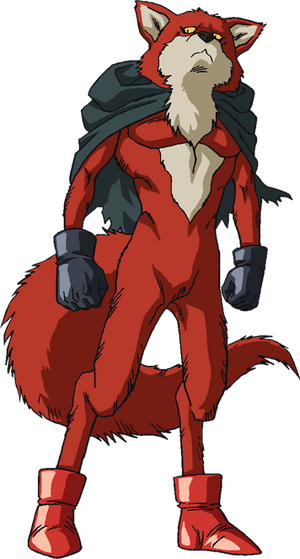 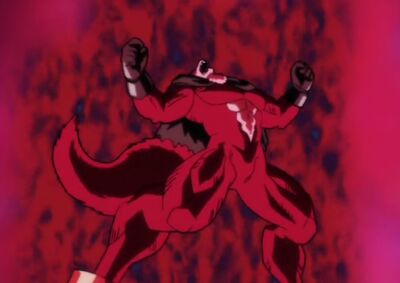 Basil is a member of the Trio De Dangers, a gang of fighters from Universe 9.

Powers and Abilities: Superhuman Physical Characteristics, Acrobatics, Martial Arts, Flight, Chi Manipulation (Can be used defensively and offensively, to strengthen his skin or to fire ki blasts, which can home in on targets, and form defensive barriers), Resistance to Extrasensory Perception (Undetectable energy)

Attack Potency: Solar System level (Managed to pierce and inflict some damage to Good Buu. Became stronger in the Tournament of Power where he aided his companions)

Weaknesses: Toys around with his opponents and is extremely arrogant.