VS Battles Wiki
Register
Don't have an account?
Sign In
Advertisement
in: Tier 7, Tier 7-B, Variable Tier,
and 42 more 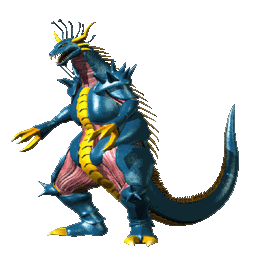 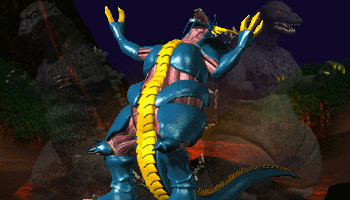 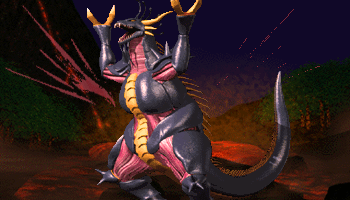 Barugaron is a space kaiju created by Toho that first appeared in the 1998 video game, Godzilla: Trading Battle. Barugaron arrived on Earth searching for blood to feed upon. It eventually feeds on Godzilla's blood and transforms into the form it appears in the game as.

All previous abilities plus all the powers derived from the Battle Cards are explained here, Water Manipulation, Mind Manipulation (Mind control and confusion inducement that turns an enemy against its allies), Death Manipulation, Sleep Manipulation (The affected character will sleep for a time), Status Effect Inducement (All the enemies will be binded), Electro-Magnetism/Statistics Amplification (Increases the ATK, DEF and HP by 10 by creating an atmospheric electromagnetic field around itself), Statistics Reduction/Biological Manipulation (Either devolves or reduces the power of a character, it can affect machines too), Technology Manipulation (It can make machines to malfunction), Summoning (Barugaron can summon a Barem army that clings his enemies and damages them), Healing (Recovers 50 HP), Weather Manipulation/Electricity Manipulation, Energy Absorption, Damage Boost (Increases the ATK by 30 for a moment), Minor Reality Warping (It can restore the battlefield to its original state), Fire Manipulation (Do 50 fire damage to an enemy), Limited Fear Manipulation (Only works in machines), Power Bestowal (Can grant the ability to Flight), Resistance Negation (Can negate resistance to fire) and Power Nullification (Can negate mind control, underground mobility, healing, flight, underwater breathing, fire, air, earth, water, electricity manipulation and also negates any restriction effect)

Attack Potency: City level, possibly higher (Stated to be 3 times stronger than Balkzardan[1], which translates into 28.8 Mt) | Varies depending on the blood it has absorbed, At least City level, possibly higher (Stronger than its previous form) | At least City level (Much more powerful than its previous forms, probably on par with Burning Godzilla[1]), higher with Battle Cards (Can multiply its power by 10 to 30 times with Battle Cards[1].), ignores conventional durability with Death Manipulation 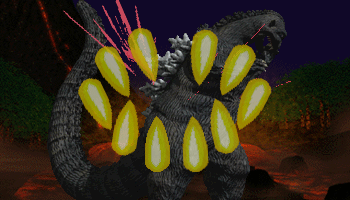 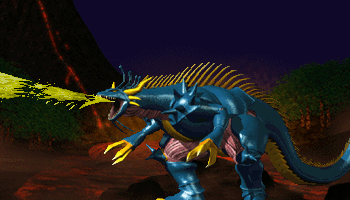 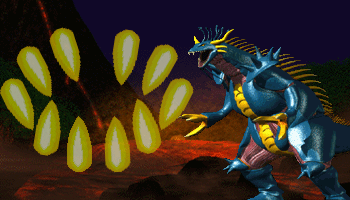 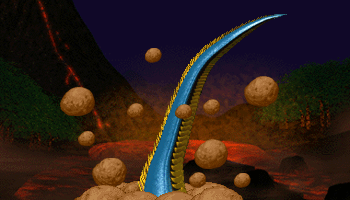