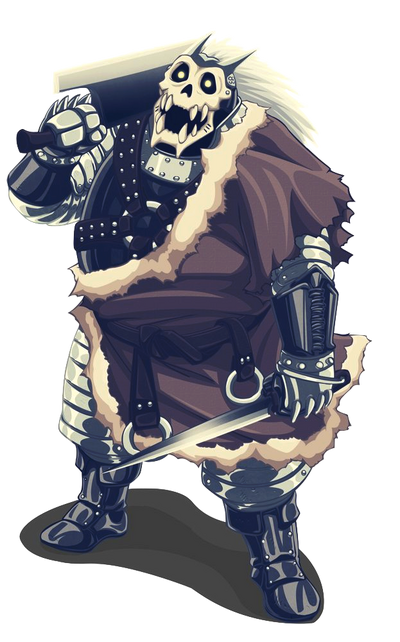 Barry the Chopper (also known as "Number 66"-バリー・ザ・チョッパー, Barī za Choppā) is one of the two armor guards ordered by the Homunculi to kill any intruders to the Fifth Central Alchemical Laboratory. A former serial killer, he became a human test subject in the military's alchemical experiments and, in lieu of execution, had his disembodied soul bound to a suit of armor, similarly to Alphonse Elric.

Classification: The soul of a murderer bonded to a suit of armor

Attack Potency: Building level (Although he was easily defeated, he could fight with Alphonse)

Durability: Building level+ (Took hits from Alphonse without any damage and should be comparable to him in durability)

Weaknesses: If his Blood Rune is damaged, his soul will fade away from the armor.

Start a Discussion Discussions about Barry the Chopper