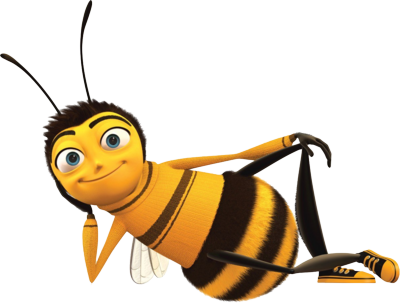 Barry Bee Benson is a normal bee that goes ahead and with the help of Vanessa, sues the honey gathering companies for stealing the honey made by his species, and after a lot of events, becomes the international manager in honey selling to humanity.

Powers and Abilities: Small Size (Type 2), Flight, Poison Manipulation (Can inject poison with his sting), Enhanced Senses (Can wield special glasses to easily detect pollen and other bees), Weapon Mastery (Can use his sting like a sword)

Attack Potency: Below Average level (Can harm others that can harm him)

Speed: Superhuman (Can keep up with cars)

Lifting Strength: Below Average Human (Can fly while carrying up to his whole body weight in pollen)

Durability: Below Average level (Stated that he can take up to about 70-paged roller paper flicks from humans, which goes at this level)

Stamina: Very high (Flew across the whole USA country to be back home by himself)

Intelligence: High (Has gone to school and won the lawsuit against humanity for stealing the honey of his species)

Weaknesses: Is easily weighed down by water and will die shortly after stinging.