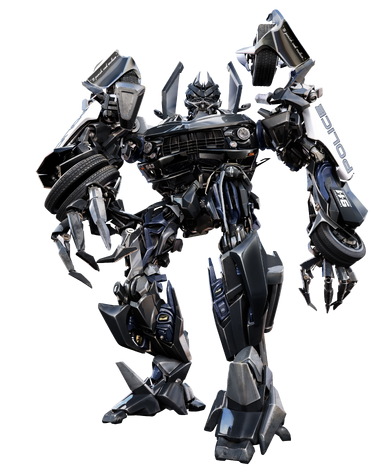 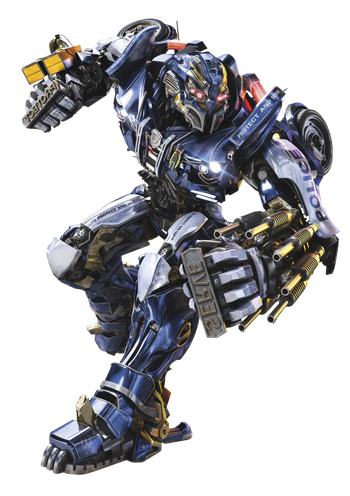 Barricade is apparently a complicated robot. He's considered "fractious" even by Decepticon standards, yet is willing to give Starscream the benefit of the doubt and follow where he leads, at least for the time being. Though not totally dedicated to the service of the Decepticons' current leader, he is much more cautious and reserved about expressing mutinous dissent than say most. He believes that Starscream is vital in their search for Megatron and the AllSpark. In many ways this makes him Starscream's closest ally in the naturally combative Decepticon ranks. Then again, it's been said that he likes to trick people into trusting him, just so he can see their reactions when they find out just how much of a bad idea it was. As such, he has disguised himself as an Earth police car in an attempt to fool the humans around him.

If his attitude toward his fellow Decepticons is inconsistent, his attitude toward the Autobots is not: kill them all. Barricade might not be as large as most of his peers, but he is every bit as deadly. He thoroughly relishes every chance in fighting the Autobots. He's smart enough to let one live if he thinks he or the Decepticons can use it to their advantage, but most of the time, they're dead before someone's even thought of a plan.

Age:  At least a thousand years old (Was present before the war started)

Speed: Subsonic (Comparable to the Bumblebee and Ironhide)

Range: Extended melee range, tens of meters with his guns

Intelligence: Above Avarage. Barricade is an adept hand-to-hand combatant and has shown some in-battle strategy.

Retrieved from "https://vsbattles.fandom.com/wiki/Barricade_(Michael_Bay)?oldid=4276110"
Community content is available under CC-BY-SA unless otherwise noted.