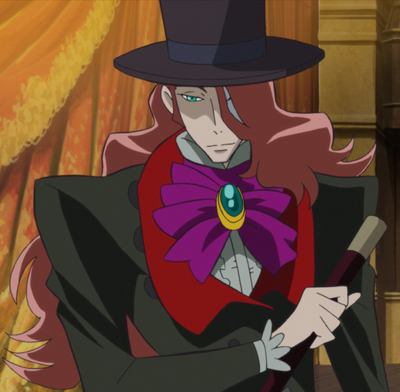 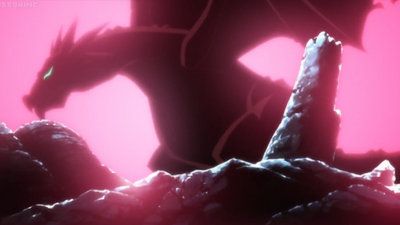 Baron Salamander is the antagonist of Heartcatch Pretty Cure!: Hana no Miyako de Fashion Show... Desu ka!?. Originally a member of the Desert Apostles and right-hand man to Dune, he was sent to Earth 400 years before the main series began to turn it into a desert. Once he arrived, he faced Cure Ange, who was the first Cure in the line to fight the Desert Apostles. He was defeated and had his powers sealed away. Now released, his goal is to recover his lost powers and destroy the world.

Tier: At least High 6-A, likely 5-B with his full power

Attack Potency: At least Multi-Continent level (Fought evenly with Cure Moonlight), likely Planet level with his full power (stated multiple times that once he recovers his full power, he will destroy the world which he distinguishes from the Desert Apostles' goal of turning the world into a desert)

Speed: At least Massively Hypersonic with FTL reactions (Comparable to the Cures)

Lifting Strength: At least Class 50 (Comparable to the Cures)

Durability: At least Multi-Continent level (Took hits from Cure Moonlight), likely Planet Level with his full power (Fought Cure Ange, who defeated him in his peak)

Intelligence: At least Above average (Has over 400 years of experience)

Weaknesses: At his full might, he loses control in his dragon form, mindlessly attacking anything in his sight.

Retrieved from "https://vsbattles.fandom.com/wiki/Baron_Salamander?oldid=4947508"
Community content is available under CC-BY-SA unless otherwise noted.