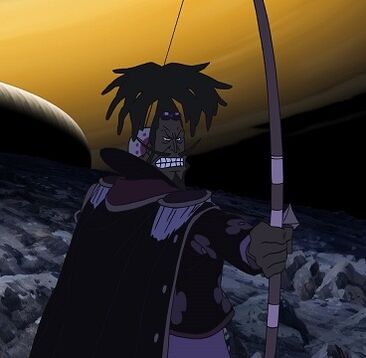 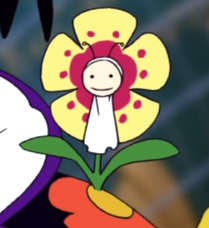 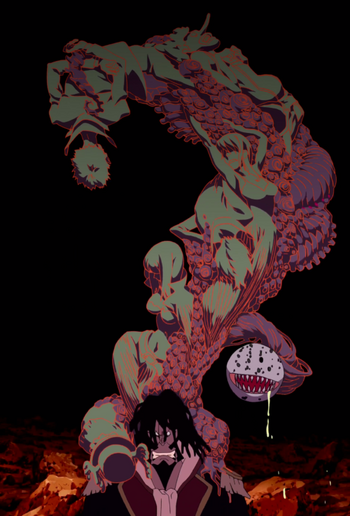 Origin: One Piece: Baron Omatsuri and the Secret Island.

Powers and Abilities: Superhuman Physical Characteristics, Weapon Mastery, Telekinesis (Can mentally control his arrows), Homing Attack, Danmaku and Explosion Manipulation with Arrows, Transmutation (Turned Lily's root into thousands of arrows). Lily has: Avatar Creation (via her Root), Large Size (Type 1 for her Root), Weather Manipulation, Absorption, limited Possession, Ressurection, Transformation, Power Bestowal (The people resurrected by Lily are unaffected by any kind of attack and can not be killed until she dies).

Range: Dozens of meters with his arrows

Intelligence: High (He was able to dominate all the Strawhats including Luffy and was able to kill dozens of pirates who went to the island Omatsuri over the years without being discovered. He managed to keep Lily's secret even to his own crew)

Retrieved from "https://vsbattles.fandom.com/wiki/Baron_Omatsuri?oldid=4859446"
Community content is available under CC-BY-SA unless otherwise noted.