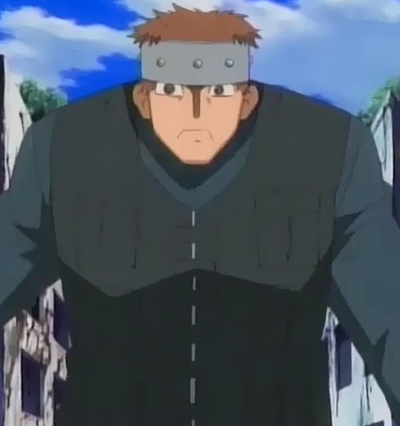 Baron is a power user and a member of Team Marilyn. He is an honest and naive fellow and he always refers to himself in the third person. Baron is very loyal to Marilyn and can be quite gullible because he is tricked by Ueki repeatedly. After a long fight in which Ueki discovers his own unique fighting style, Ueki temporarily takes him out with Masshu.

Speed: At least FTL (Can keep up with 8-stars Ueki)

Lifting Strength: At least Class M (Should be comparable to Ueki)

Standard Equipment: A combat knife, a night vision goggles and his military suit

Intelligence: Normally, he is a naive and gullible type. But when it comes to combat, he is an expert from was trained to become the soldier when he still was a child. Which makes him full with military skills.

Weaknesses: He is a naive and gullible type, which makes him easy to be tricked.

Retrieved from "https://vsbattles.fandom.com/wiki/Baron_(Law_of_Ueki)?oldid=5931525"
Community content is available under CC-BY-SA unless otherwise noted.