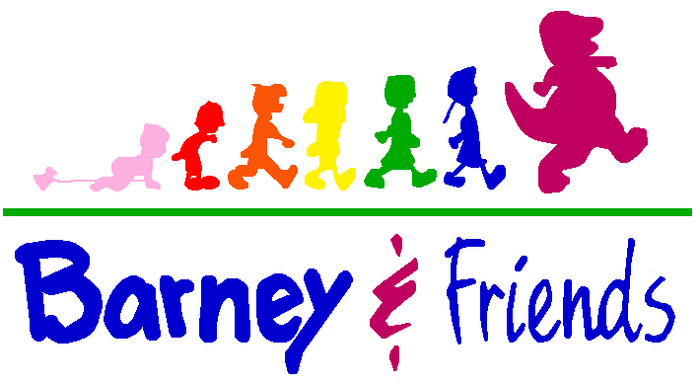 For detailed information about this series, visit the Barney Wiki.

Barney & Friends is an American children's television series aimed at preschoolers. The main character of the show is a friendly, purple dinosaur named Barney, who comes to life through the imagination of children, just like some of his other dino-friends like Baby Bop. The show utilizes both original and children songs to convey various preschool topics using imagination, engaging them with music and emphasizing friendship in a nice environment.

Barney possesses much more physical strength than one would generally assume, capable of creating earthquakes on multiple occasions. As such, the verse sits at Wall level.

While characters have a versatile repertoire of abilities such as Weather Manipulation, Subjective Reality, Time Manipulation, and more, please note that offensive usages of such abilities have never been displayed in canon.

See this blog for more information about specific details of the series.

Baby Bop
Add a photo to this gallery