VS Battles Wiki
Register
Don't have an account?
Sign In
in: Characters, Dragon Ball, Dragon Ball Movies,
and 33 more 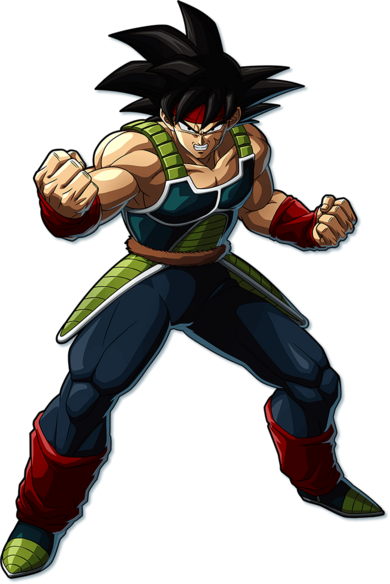 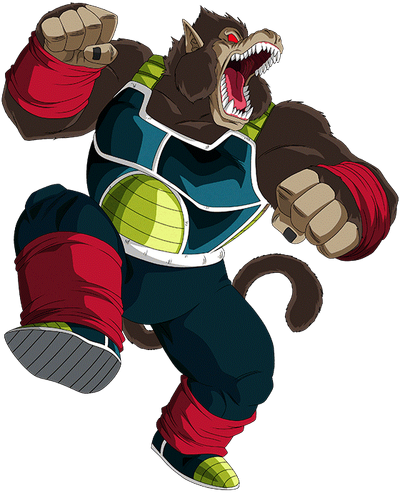 Bardock is a low-class Saiyan warrior, the mate of Gine, and the father of Raditz and Kakarot. A devoted and loyal warrior despite his low-class, after learning of Frieza's plans to destroy the Saiyans, he seeks to attempt to stop him at any cost and save his newly born infant son and the rest of his race.

Powers and Abilities: Master Martial Artist, Superhuman Physical Characteristics, Acrobatics, Ki Manipulation (Can be used defensively and offensively, to strengthen his skin or to fire ki blasts, which can home in on targets, and form defensive barriers), Information Analysis and Ki Sensing with a Scouter (Can locate others by reading their ki), Enhanced Senses (Saiyans have exceptional senses, allowing Bardock locate small, distant objects by tracking their smell, see clearly over long distances, and track the movements of others even in pitch black conditions by feeling vibrations in the air), Flight, Reactive Power Level (As a Saiyan, Bardock grows stronger every time he fights and can become stronger in the midst of combat, vastly increasing in strength whenever he is mortally injured), Transformation (Can transform into a Great Ape, increasing his capabilities drastically, and giving him Type 1 Large Size and Breath Attack), Resistance to Cold and Radiations (Reached the upper atmosphere where radiation levels are exceedingly high) | All previous abilities, Fire Breath (As a Great Ape), Self-Sustenance (Type 1), Spaceflight, Precognition (Bardock can see into the long-term future through uncontrollable visions), Resistance to Extreme Cold | All previous abilities, Rage Power, Transformation (Can transform into a Super Saiyan, increasing his capabilities drastically)

Attack Potency: Large Planet level (Superior to the members of his crew, making him more powerful than Beginning of Z Piccolo), up to Dwarf Star level after his Zenkai (After recovering from the Kanassan war, his power level had nearly matched that of King Vegeta, who destroyed a string of planetoids with a single attack), higher as a Great Ape | At least Dwarf Star level (He is stronger than before, which means that he surpassed King Vegeta), Small Star level+ as a Super Saiyan (Is fifty times as powerful as before. Successfully defeated Chilled).

Stamina: Very high (Even after being heavily wounded and nearly killed by Dodoria, Bardock was able to easily fight his way through an army of Frieza's men)

Standard Equipment: His Scouter and Bandana

Intelligence: Bardock is an incredibly skilled warrior and one of the Saiyan's best in his time, despite being a mere low-class warrior

Weaknesses: Though it possible that Bardock trained the weakness away, he can become weakened and disoriented if his tail is grabbed or removed. He needs a moon in order to transform and cannot control himself as a Great Ape

Ki: The fighting power and life force of a martial artist, a tangible energy derived from the user's vigor, courage, and mind. It can be used in a number of ways, such as to surpass the limits of one's body to greatly increase in strength, and it can be fired as blasts of energy or used to create defensive barriers. Along with his Saiyan blood, Ki acts as the source of Bardock's incredible power and abilities.

Saiyan Physiology: The physiology of a Saiyan, an aggressive warrior race of conquerors. Saiyans have the natural ability to control ki and to fly. In addition, while his lifespan is comparable to that of a human, Bardock will remain at his peak strength for much longer. One of the most powerful abilities of a Saiyan is their ability to grow stronger and stronger through combat, allowing Bardock to constantly push his own limits during a fight and rise to higher and higher peaks in power. This ability grants a substantial boost in power when Bardock is badly injured, allowing him to reach a whole new level of power once he recovers.

Key: Bardock - The Father of Goku | Episode of Bardock

Note: Bardock's canonical iteration from Dragon Ball Super: Broly (and by extension, Dragon Ball Minus) is not included in the profile, because he is virtually featless, outside of a statement confirming that he is a low-class Saiyan warrior.