VS Battles Wiki
Register
Don't have an account?
Sign In
Advertisement
in: Characters, Female Characters, Comic Book Characters,
and 30 more 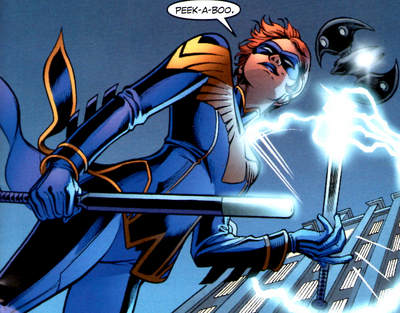 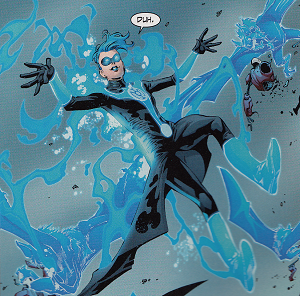 Barbara Gordon is the daughter of police commissioner Gordon, who was trained by Batman. She is an optimist, who helps Batman fight crime as Nightwing. As she and Batman, are being overwhelmed by the robotic killer Manhunters, she receives a Blue Lantern ring, which helps her win. She decides to leave Earth, to protect the universe.

Attack Potency: Small Building level (Was able to somewhat hurt Batman, and traded blows with Green Arrow, hurt the alternate universe Bruce Wayne) | At least Continent level (Comparable to Saint Walker and other Lanterns, who are shown to be comparable to characters such as Supergirl and Superboy)

Speed: Supersonic (Slightly faster than Green Arrow in combat) | At least FTL (Comparable to other lanterns, who have shown similar speeds to Supergirl), Massively FTL+ (Lantern rings can travel across galaxies in minutes and other Lanterns have round trips across galaxies)