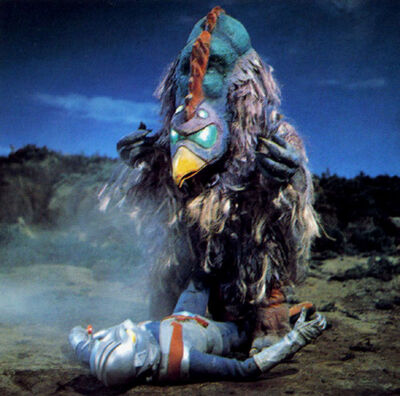 Barakidon (バラキドン) is a kaiju created by Toho that first appeared in the 12th episode of Zone Fighter, The Terror-Beast Base: Invade the Earth!.

Speed: Subsonic with Supersonic Reactions and Combat Speed (Kept up with Zone Fighter)

Range: Tens of meters by sheer size, hundreds of meters with ranged attacks

Weaknesses: Barakidon derives heat from various sources, most importantly being the light of the Moon. If the Moon is obscured, he will soon begin to weaken due to a lack of heat

Retrieved from "https://vsbattles.fandom.com/wiki/Barakidon?oldid=5776167"
Community content is available under CC-BY-SA unless otherwise noted.