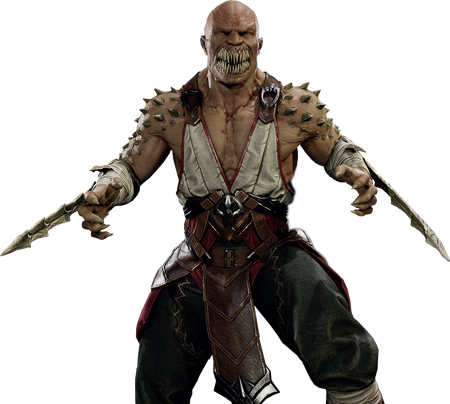 Baraka is a character first introduced in Mortal Kombat: 2 as a warrior of the Tarkatan race serving as an enforcer for Shao Kahn. In the original timeline after the defeat of the emperor, he joined Shinnok and Onaga armies, while in the current one he became loyal to Mileena even after Reptile revealed her origin.

War Chief of the nomadic Tarkatan tribe, a carnivorous people considered below human by the Outworld Empire. Baraka dutifully serves Shao Kahn to preserve his tribe's way of life, who roam the harsh Wastelands, meat carts in tow, consuming everything and everyone in their path.

Attack Potency: Large Building level (Constantly loses to anyone he has fought with, but he is still superior to other Tarkatans after proving himself in the Ritual of Blood. Effortlessly killed several soldiers of the Kahn Guard)

Range: Extended melee range with his blades. Tens of meters with projectiles.

Standard Equipment: Tarkatan blades which are attached to him genetically 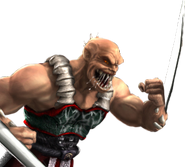 Baraka in Mortal Kombat Gold.
Add a photo to this gallery

Baraka's Triumph.
Add a photo to this gallery