VS Battles Wiki
Register
Don't have an account?
Sign In
in: Sengoku Youko, Characters, Male Characters,
and 35 more 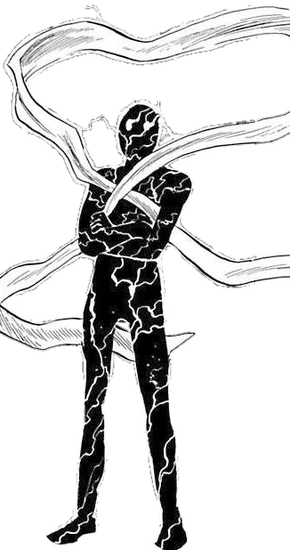 Banshouou is a legendary demon of the sky. He lived a pointless life until he saw the fight between Mudo and Senya. After that he fell in love of martial arts and let himself be captured by the Tribe of Void to complete his objetective to fight against strong opponents. He is also the one who broke Jinka's spiritual barrier.

Powers and Abilities: Superhuman Physical Characteristics, Chi Aura, Extrasensory Perception, Master Martial Arts, Flight, Immortality (Type 1 and 3), Weather Manipulation, Absorption (Can absorb clouds), Body Control, Elemental Intangibility, Regeneration (Low-High. Can regenerates from a single cloud molecule), Nature Manipulation, Large Size (Type 3 - only in his True Form), Electricity Manipulation, Water Manipulation, Duplication Air Manipulation, Shapeshifting, Animal Manipulation (Can turn his clouds into animals), Transformation, Size Manipulation, Power Mimicry (Can mimic fighting styles and powers after watching them in use), Soul Manipulation (Gods can devour souls), Fusionism (Can merge his clones to create a more powerful), Resistance to Mind Manipulation and Madness Manipulation (Pretended to be captured by the mind control of the Tribe of Void in an attempt to make him a mad god), Sleep Manipulation (Did not fall asleep after a spiritual interference from Senya) and Internal Damage (His internal organs is made of wind and water)

Attack Potency: Mountain level+ (Generated this amount of energy only by forming his body from the clouds) | At least Island Level, likely Multi-Continent level (Casually created clouds across the sky. Broke Jinka's spiritual barrier with a single punch but he feared the power of Jinka himself not knowing the danger the world could be in if he defeated Senya).

Speed: At least FTL+ (Even not fighting seriously, he was able to blitz both Senya and Mudo at once. Could see Awakened Senya and Jinka's movements) | Unknown

Intelligence: Gifted (Banshouou is one of the oldest gods of all, having a knowledge beyond human comprehension, no matter how much it is collected in relation to other life forms. He has apparently been charmed by martial arts and is an extreme genius in their use, being able to copy Senya and Mudo's fighting style and apply it to his clones)

Weaknesses: His clouds can be dissipated by air.