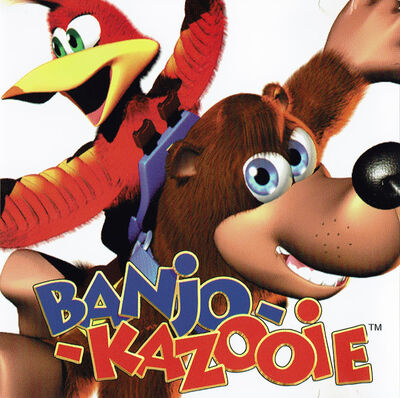 For detailed information about the series, see the Banjo-Kazooie Wiki

Banjo-Kazooie is a series of video games created by Rare. The games feature a lazy brown bear named Banjo and his friend, a large female, sassy breegull called Kazooie, who are both controlled by the player. Throughout the various games, they are tasked with thwarting the various evil schemes of a witch named Gruntilda, who tries to steal the beauty of Banjo's sister, Tooty and the life force of the Jinjos for her own selfish gains. The first game, Banjo-Kazooie, was released on the Nintendo 64 in 1998. After its massive success, subsequent entries in the series have appeared on different platforms.

Banjo-Kazooie isn't too powerful in terms of raw Attack Potency. The vast majority of characters are consistently placed between Building level and Town level. Both Banjo & Kazooie and Gruntilda are the most prominent members in the verse, with feats such as destroying Hag-1 which is capable of causing earthquakes that are at least magnitude 5 in scale, destroying Spiral Mountain and surviving being stomped by the Stompanadon. The power of the verse skyrockets however when we consider the god tier of the verse, Lord of Games, who is responsible for creating both the verse and potentially many other universes along with it.

What the verse lacks in sheer power however, it makes up for in hax. Characters have a wide array of abilities such as Matter Manipulation, BFR, Transmutation, Power Nullification, Plot Manipulation, Life Manipulation, Duplication and Existence Erasure.