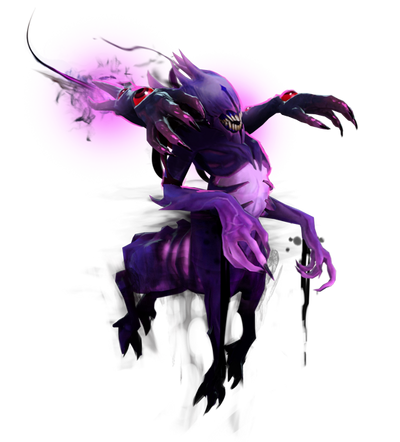 When the gods have nightmares, it is Bane Elemental who brings them. Also known as Atropos, Bane was born from the midnight terrors of the goddess Nyctasha. A force of terror too powerful to be contained by sleep, he surfaced from her slumbers, fed upon her immortality, and stole his vaporous form from her inky blood. He is the essence of fear. Mortals who hear his voice hear their darkest secrets whispered in their ear. He calls to the hidden fear in every Hero's heart. Wakefulness is no protection, for Bane's black blood, continuously dripping, is a tar that traps his enemies in a nightmare. In the presence of Bane, every Hero remembers to fear the dark.

Attack Potency: Large Star level (Comparable to other elementals such as Phoenix)

Speed: Massively FTL+ (Should be comparable to Phoenix)

Retrieved from "https://vsbattles.fandom.com/wiki/Bane_(DotA_2)?oldid=4107562"
Community content is available under CC-BY-SA unless otherwise noted.