VS Battles Wiki
Register
Don't have an account?
Sign In
Advertisement
in: Tier 5, Tier 5-B, Tier 1,
and 87 more 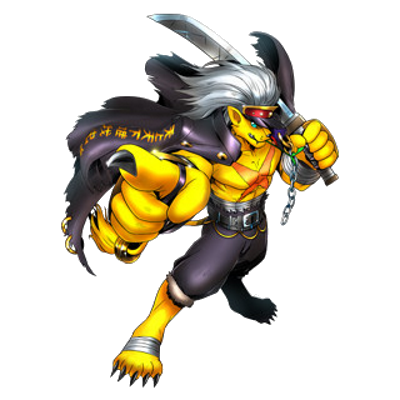 BanchoLeomon is a Beast Man Digimon which lives faithful only to the "Justice" in which it trusts. It is said that only Digimon who continue to emerge victorious in battles with fierce champions, without their spirit being "broken", are able to acquire the title of "Bancho", and only five Digimon which possess this title have been confirmed in the recorded history of the Digital World. As it is a boss that only serves its own "Justice", if something becomes an obstacle to that "Justice", it will see them as "Evil" even if they are a being like the Royal Knights or the Three Great Angels, and they will become an enemy that it has to eliminate. The "GAKU-RAN" worn over its shoulders is endowed with a defensive function that negates 89.9% of the opponent's physical strikes.

Attack Potency: Planet level (Mega Digimon should be at least comparable to Ebemon who is capable of destroying entire planets) | Complex Multiverse level (Kept two universes from colliding in with one another. Implied to be capable of fighting members of the Royal Knights and Three Great Angels) | High Complex Multiverse level (Was able to fight Aiba on even grounds, even managing to get the upper hand. After fighting Takumi, Banchleomon was able to fight Gankoomon)

Lifting Strength: Unknown | Immeasurable (Held up the Digital World and Material World, keeping them from crashing into one another)

Stamina: Extremely High (Could keep hold up the Digital World for an extended period of time)