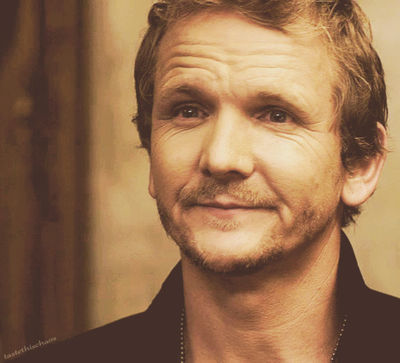 Balthazar was an angel of Heaven and a personal friend of Castiel. At some point during the Apocalypse, he stole a number of powerful artifacts kept in Heaven and faked his own death. He then went on Earth and started to lead a hedonistic lifestyle, even going as far as to buy human souls in a similar fashion to crossroad demons. The weapons in his possession became an issue in the war between Castiel and Raphael when both of them discovered that Balthazar was actually alive. Balthazar eventually sided with Castiel after Raphael sent one of his followers, Virgil, after him.

Balthazar was killed by Castiel after he allied himself with the Winchester brothers to prevent the former from opening the gates of Purgatory.

Powers and Abilities: Superhuman Physical Characteristics, Matter Manipulation (Atomic level), Energy Manipulation, Telekinesis, Pyrokinesis, Photokinesis, Astral Projection / Dream Walking, Non-Corporeal, Immortality (Types 1 and 3), Regeneration (Mid-High, including his grace albeit slowly), Invisibility, Telepathy, Teleportation, Healing / Resurrection, Soul Manipulation, Time Travel / Chronokinesis, Mind Manipulation, limited Reality Warping, Power Removal (For lower/younger beings), Sleep Manipulation, Higher Senses (Angels can see things normally invisible to humans as well as the true nature of a being), Voice Mimicry, BFR, Non-Physical Interaction, Absorption (can absorb souls and graces of other Angels), possibly Time Stop (Possibly a Seraph), Immune to Time Stopping, Soul Manipulation (As he does not have one) and to Diseases, possibly Resistance to Fate Manipulation (possibly a Seraph) | All previous abilities Transmutation with Lot's Salt (Turned Raphael's vessel into a pile of salt), Can control the plagues with the Staff of Moses, likely many others (Had all of Heaven's Weapons)

Attack Potency: At least Town level, likely City level (Likely superior to Seraph Castiel, as the latter considered him a potential threat) | At least Multi-Galaxy level, possibly Universe level (Was confident about being able to beat Raphael. The latter fled when Castiel challenged him while in possession of the Weapons)

Durability: At least Town level, likely City level | At least Multi-Galaxy level, possibly Universe level (Raphael found himself unable to kill Castiel when he was in possession of the Weapons)

Range: Kilometres for most abilities. At least Low Multiversal via teleportation

Intelligence: Supergenius (He has vast knowledge of innumerable types of magic and was able to deceive every single angel in Heaven by forging his death. Tricked Raphael into thinking Sam and Dean were in possession of the Key to the stolen weapons. Outsmarted Crowley. Stole the Angelic Weaponry)

Retrieved from "https://vsbattles.fandom.com/wiki/Balthazar_(Supernatural)?oldid=5864971"
Community content is available under CC-BY-SA unless otherwise noted.