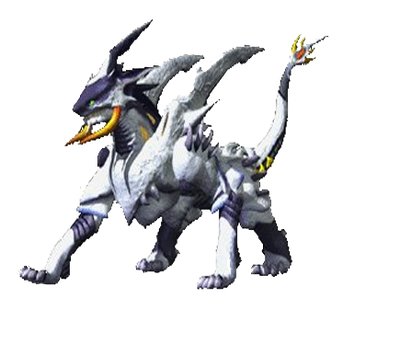 Balkzardan is a lightning kaiju created by Toho that appeared in the 1998 video game, Godzilla: Trading Battle. Balkzardan appears to be based on a mammalian carnivore of some kind; possibly a wolf or a cheetah (due to its extreme speed).

Attack Potency: City level (Can create horizon to horizon spanning storms at will, which translates into 9.6 Mt), possibly higher (Balkzardan is the source of the El Niño phenomenon over the Pacific Ocean)

Speed: Supersonic+ (Can travel at Mach 3 on both land and in the air), Massively Hypersonic attack speed (Utilizes electrons and natural lightning in combat)

Intelligence: Average (Can control weather as he wishes)