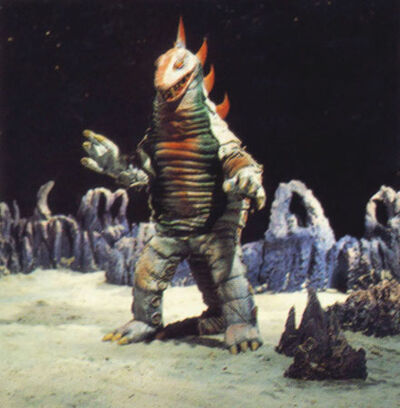 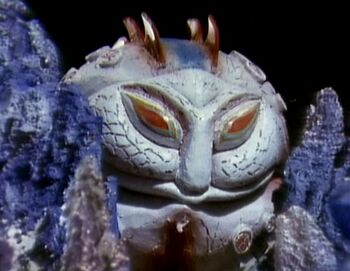 Balgaras (バルガラス) is a kaiju created by Toho that appeared in episode 17 of the 1973 tokusatsu kaiju series, Zone Fighter, titled Go! Fighter, Scramble.

Speed: Subsonic with Supersonic Reactions and Combat Speed (Kept up with Zone Fighter)

Range: Tens of meters by sheer size, hundreds of meters with ranged attacks

Weaknesses: Balgaras can curl into an orb. In this form he can fly and hover, but cannot fire his toxic gas, and instead rams opponents. Balgaras can revert back into his regular form, but loses the ability to fly or hover.

Retrieved from "https://vsbattles.fandom.com/wiki/Balgaras?oldid=5776207"
Community content is available under CC-BY-SA unless otherwise noted.