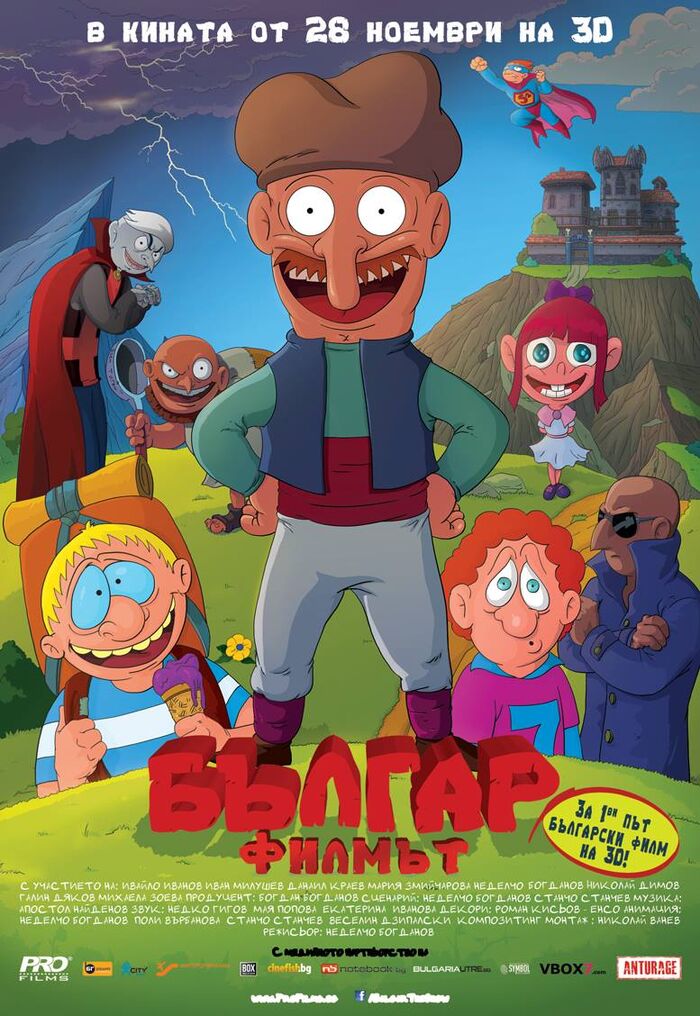 Baglar (Българ) is a Bulgarian satirical/parody animated web series, created by Nedelcho Bogdanov and set in the town of Nessebar, the show likes to satirize parts of everyday Bulgarian life and pop culture. The first episode aired in 2008 on the official Bulgar website. The show gained a notable fanbase after it first began airing on YouTube in 2013. To date it has got 28 episodes.

Balgar: The Movie (Българ Филмът) was released on November 25, 2014. It was the first Bulgarian full-length animated 3D film.

The characters are much superior to ordinary people. Many of them are powerful enough to destroy walls by a brute force. Some individuals, such as Super Spiro, can do it by a single burp.

Retrieved from "https://vsbattles.fandom.com/wiki/Balgar_(Verse)?oldid=3483286"
Community content is available under CC-BY-SA unless otherwise noted.