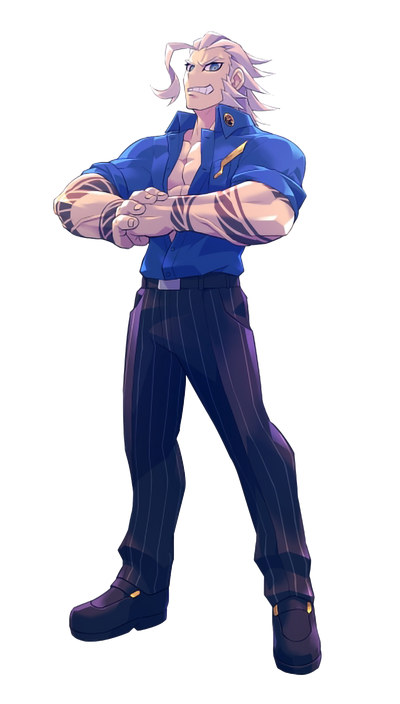 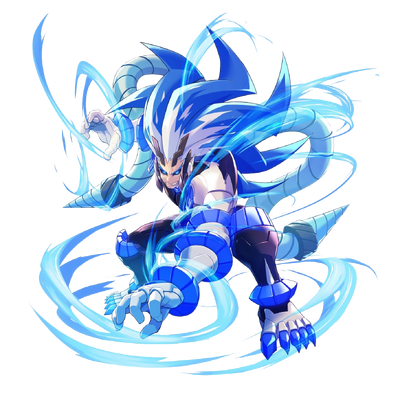 A member of the Mafia, in-fighting eventually let Bakto become the don. Taking advantage of the confusion, Sumeragi captured the mafia family and forced Bakto to fight as one of the Falcons for their release.

Attack Potency: Large Mountain level (Can fight Copen on even terms. His Septima is commonly noted to be stronger then most Septimas in terms of raw power due to it's simplicity)

Speed: Sub-Relativistic+ (Able to keep up with Copen in combat)

Durability: Large Mountain level (Can take hits from Copen. The energy his Septima gives off can easily block Copen's attacks)

Stamina: Likely Above Average (Should be comparable to other high tier Adepts)

Standard Equipment: His Falcon Quill, which lets him turn into his weaponized form

Intelligence: Likely above average. Managed to take advantage of infighting to become the head don of the mob

Weaknesses: Dosn't feel like he deserves his position. Otherwise nothing notable.

Retrieved from "https://vsbattles.fandom.com/wiki/Bakto?oldid=6560982"
Community content is available under CC-BY-SA unless otherwise noted.