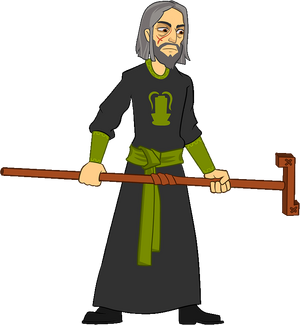 Speed: Likely Peak Human travel speed, at least Superhuman otherwise (Should be faster than Markos who can attack this quickly, dodges attacks from revenant who can dodge the party's attacks)

Intelligence: Above average, is considered wise amongst his colleagues.