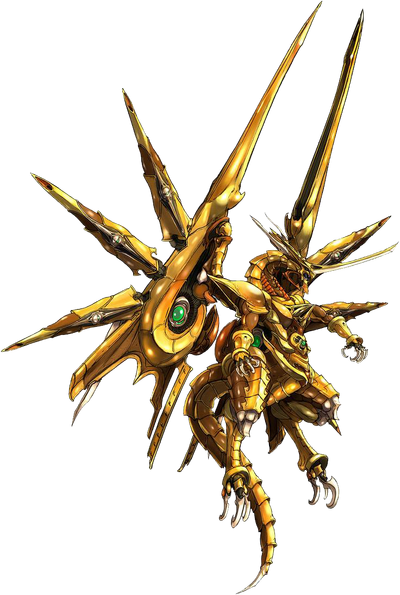 Bahamut Fury is a Summon that appears in Crisis Core: Final Fantasy VII and is one of Bahamut's many evolved forms or "Bahamut Strain" as called by Professor Hojo, being above Neo Bahamut and Bahamut ZERO.

Following the events of his first mission as a SOLDIER 1st Class, Zack Fair received a call from his colleague, Sephiroth, who explained that traitor SOLDIER Genesis was attacking their HQ in Midgar, the Shinra Building. Upon arrival, and making through his forces, Zack confronted Genesis who had been sent to kill Shinra's top scientist, Hojo. Eventually, Genesis fled the scene and summoned this creature to fight the SOLDIER. Despite Bahamut Fury's fearsome powers it was defeated, however it bought enough time for Genesis to escape.

Zack can later obtain the Bahamut Fury Materia for himself by doing the Missions requested by Yuffie Kisaragi. These initially started as a simple invitation for treasure hunting in which Yuffie hoped to dupe members of SOLDIER into finding valuables for her and to get back at the force for causing the fall of her hometown Wutai. Knowing it was likely a trick, Zack decided to humor Yuffie anyways. Eventually, one of the treasures was Bahamut Fury's Materia whom Zack had to previously defeat once again to gain. Surprisingly, Yuffie successfully robbed Zack and took this creature's Materia, but quickly realized how terribly dangerous it was as she gave it back just a few days later. It is unclear whether Bahamut Fury had to create a fuss to earn its freedom from the greedy ninja.

Age: Unknown, possibly hundreds or even thousands of years old (natural Materia take generations to form and the Summons they call may be even older)

Powers and Abilities: Superhuman Physical Characteristics; Large Size (Type-0); Flight and Spaceflight; Self-Sustenance (Type-1); Body Control/Natural Weaponry (via Hexafang and the use of his claws and wings); Limited Dimensional Travel/Pocket Reality Manipulation (Summons draw enemies to their own alternate realm to attack or fight); Minor Spatial Manipulation (Can rend the barrer between his dimension and the real world with his attacks, however he has never used this ability in combat); Minor Air Manipulation (The swings of his claws are strong enough to create powerful gusts of wind); Matter Manipulation, Radiation Manipulation and Heat Manipulation (via Flare which creates a nuclear reaction on the opponent), with the addition of Energy Depletion, Energy Projection, Durability Negation and Reflection Negation (via Exaflare, a much more powerful variant of the the Megaflare and, by extension, of Flare, which depletes the energy, magic and stamina of the opponent, pierces their defenses and, like the ultimate moves of all Summons, cannot be reflected by barriers of any kind); Light Manipulation (via Judgment of Light). Resistance to: Extreme Cold, Radiation Manipulation and Gravity Manipulation (Can travel through outer space without issues); Light Manipulation, Matter Manipulation and Heat Manipulation (Summons naturally resist the powers they employ in combat)

Attack Potency: Solar System level (Its alternate realm seems to be an analog of our Solar System, being large enough to contain a sun and at least two planets)

Speed: Massively FTL+ (Before arriving, Bahamut Fury is seen flying from Neptune, including maneuvering through the asteorid belt, and reaching Earth in around nine seconds)

Lifting Strength: At least Class M, likely much higher (Far stronger than Titan, who can lift enemies as heavy as the Diamond Weapon)

Striking Strength: Solar System Class (Its physical attacks are as deadly as its energy based powers)

Durability: Solar System level (His own power can sustain an alternate realm large enough to contain a sun and two planets. Furthermore, is unaffected by his own moves, such as the explosion of his own Flare spell or the force of suddenly reducing his own momentum to zero when he flies off to space at full speed to use the Exaflare)

Stamina: High. Can keep up with Zack in combat, as well as is shown to be able to travel interplanetary distances in a short time without inconvenience.

Range: Standard melee range with physical attacks. Planetary with energy abilities (its Hexafang, Judgment of Light and Exaflare attacks can easily cover the distance between the Moon and the Planet) 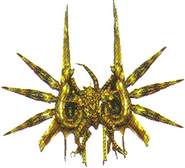 Retrieved from "https://vsbattles.fandom.com/wiki/Bahamut_Fury?oldid=6136506"
Community content is available under CC-BY-SA unless otherwise noted.