VS Battles Wiki
Register
Don't have an account?
Sign In
Advertisement
in: Tier 4, Tier 4-A, Tier 2,
and 43 more 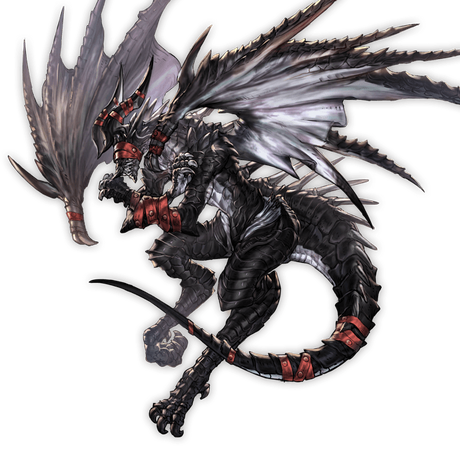 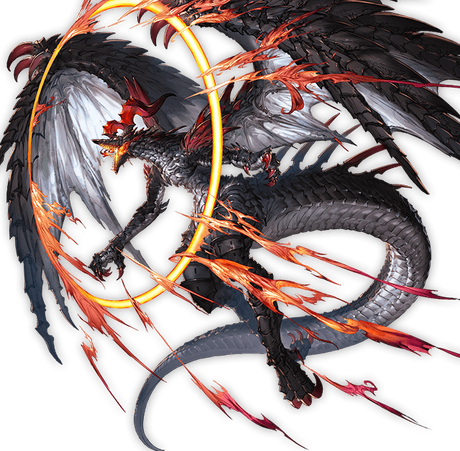 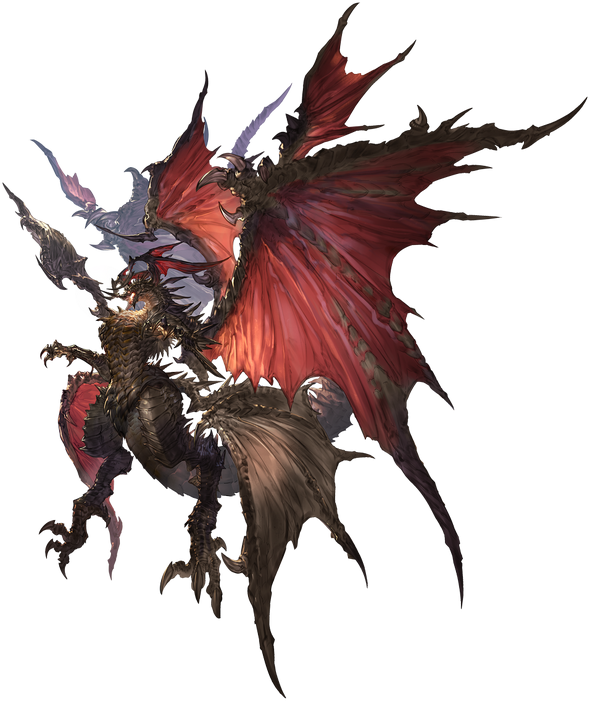 The empyreal dragon descends upon the world, his appellation well-deserved, his power surpassing all of creation. Witness the unbroken sky tremble from his thundering roar. What else can the living do but revere this dragon with fear and awe?

Gender: Unknown but referred to as male

Superhuman Physical Characteristics, Sky-God Physiology, Statistics Reduction (Via Arcadia), Statistics Amplification (Via Abdak Force), Status Effect Inducement (Via Arcadia), Elemental Manipulation (via Arcadia), Power Nullification (Can seal off enemys abilities with various attacks, can dispel buffs from enemies), Sealing (can seal enemy usage of skills with scarlet rain and Arcadia Elytron), Sleep Manipulation (can put enemies to sleep with silver wave), Paralysis Inducement, Poison Manipulation (can paralyze with Arcadia Kyanos), Power Modification (Azure spike, Fire Wedge and Halberd of Earth modify the targets attack to heal him instead), Petrification (petrify target with landslide), Healing Negation (can curse target to be unable to heal), Curse Manipulation (Ragnarok field curses the enemy), Durability Negation (with Supernova and Hyperdimension), Matter Manipulation (Atomizes with attacks and can rebuild creation with Destruction), Weather Manipulation (Can create storms and cause lightning), Fate Manipulation (Can rip through the Fate of a being and changed the Fate of Captain saving him from falling in crimson horizon), Causality Manipulation (Reversed Akasha's Erasure of the crew from history and was able to make it that Captain's Fate of plummeting to crimson horizon even as a singularity as if it never happened), Reality Warping and Spatial Manipulation (His howl alone can unlock the core seal of pandemonium and as Gods they are the definition of reality), Chaos Manipulation (his howl turned the battlefield chaotic), Darkness Manipulation, Void Manipulation and Law Manipulation (As the destruction part of The Creator, Bahamut is capable of blotting existence out of the canvass similar to how chaos can destroy the providence of creation), Conceptual Manipulation (Type 1; as the destruction half he can destroy and is above even Providence that has to exist in opposition to chaos in order for reality to exist), Resurrection, Regeneration and Immortality Negation (capable of nullifying even primal beasts immortality and regeneration), Existence Erasure (As the Destruction part of the creator Bahamut is capable of completely removing creation to a conceptual level), Soul Manipulation (As he do not posses the power of creation he reborn souls into future rendition of themselves after destroying them), Damage Reduction (reduces certain elemental attacks potency with Abdak Force), Mind Manipulation (His voice compelled Captain to listen), Madness Manipulation (Type 3; The sound of his wings drives all who listen to it into madness), Forcefield Creation (His sealed elemental form blocks attack with elemental barrier), Reactive Evolution (Becomes resistant to Status Effect Inducement and Statistics Reduction after being inflicted once), Resistance to Sealing (Can still fight in sealed form), Power Nullification (all his attacks are resistant to nullification even against chaos).

All previous ability on a higher scale, now including Statistics Amplification (Divine Voice increased his speed by nearly thrice its normal amount), Spaceflight (Can travel through the Astral Realm), Light Manipulation (Revealing its true form shines light to the whole battlefield), Large Size (possibly type 6, Stated to be capable of devouring everything in creation), Resistance Negation (ignores enemy resistance with some affliction), Statistics Amplification Nullification (Statistic amplification are nullified with Dark Hour).

Attack Potency: At least Multi-Solar System level (Superior to all Primal Beasts, including Akasha at base and fought Astral Armies during the invasion), likely Multiverse level, possibly Low Complex Multiverse level when Unchained (With his power as Sky-God unleashed he is able to destroy and regenerate the entire Sky-realm along with its countless timelines and should be on equal import as Astral God who created The Astral Realm) | Low Complex Multiverse level (Comparable to Astral God in terms of his power of Destruction who Created the Astral Realm that exists on a higher position than the Sky-realm's Plane of existence. As they are God they are reality and the World themselves and at the same time not for each respective realm and to them Creations are just paintings while Crimson Horizon is their Canvass)

Lifting Strength: Multi-Stellar (Should be at least comparable to other Primal Beasts such as Shiva), likely Universal when Unchained | Immeasurable (Exist as a higher-dimensional being that treats even Astral Realm and Crimson Horizon as mere paintings and Canvass)

Stamina: Extremely High possibly limitless (Fought against the entirety of the Astral armies before his downfall, superior to Belial, who was in a sleepless state for over 2000 years)

Range: At least Tens of kilometers, planetary with Skyfall, Universal+ with Cosmic Collision, Big Crunch and weapons that is blessed with his powers, Interdimensional with Howl, Low Complex Multiversal with reality warping and Sky-God's powers

Intelligence: Unknown, possibly Nigh-Omniscient (Is the other half of the Omnipotent, who predates the Sky world and the Astral realm as their creator and knows the entire history of Sky-realm's Multiverse from past to the end of times even those existence who has no history)

Bahamut (Final Fantasy) Bahamut's Profile (Proto-Bahamut and FF IV were used. Proto-Bahamut was restricted from being Unchained. Speed was equalized)