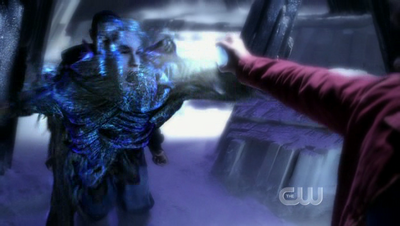 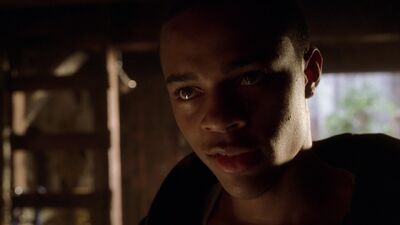 Baern was an alien serial killer. He went on a killing sprees on his home planet and Krypton, before he was eventually caught and imprisoned in the phantom zone. His body was destroyed and he was forcibly turned into a Phantom wraith. After he was freed from the Phantom Zone, he stole the body of the closest nearby human. He attempted get revenge on those who sealed him away. He was eventually defeated and sent back to the Phantom Zone.

Attack Potency: At least Building level (Comparable to some of his fellow zoners like Nam-Ek) | Continent level (Absorbed the Black Box which generated richter scale 6 earthquakes around the planet which would yield energy in this tier. Was said to be able to wipe out half of a continent.)

Retrieved from "https://vsbattles.fandom.com/wiki/Baern?oldid=5935176"
Community content is available under CC-BY-SA unless otherwise noted.