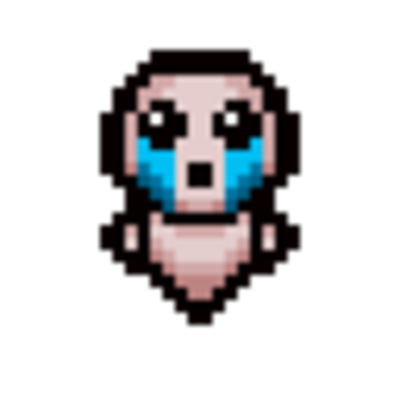 The Baby is the co-op player in The Binding of Isaac: Rebirth. It can take on many appearances often has a special ability, depending on which baby you pick.

Attack Potency: Small Building level (Can harm Satan and many other bosses. Comparable to Isaac), likely far higher with items (Many items can boost its power to the point it can even one-shot some of the most powerful bosses)

Durability: Small Building level (Can survive an attack from Mega Satan, Hush, and other bosses)

Range: Tens of meters, Hundreds of meters with Mama Mega

Intelligence: Unknown, Above Average with PHD (Can find out what effects pills can do without actually swallowing it)