VS Battles Wiki
Register
Don't have an account?
Sign In
Advertisement
in: Characters, Female Characters, Immortals,
and 26 more 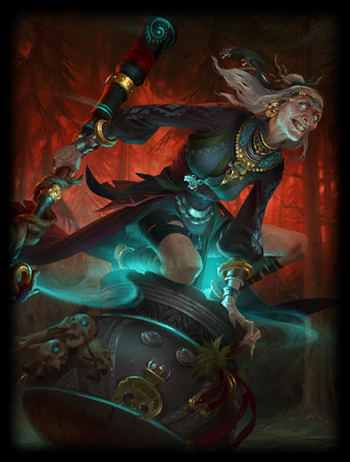 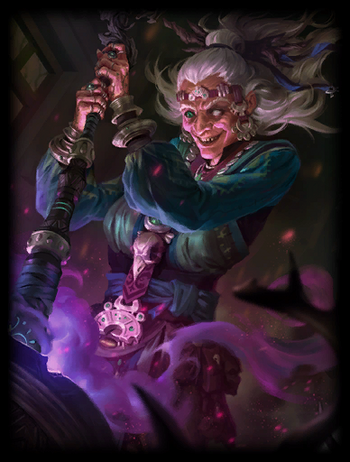 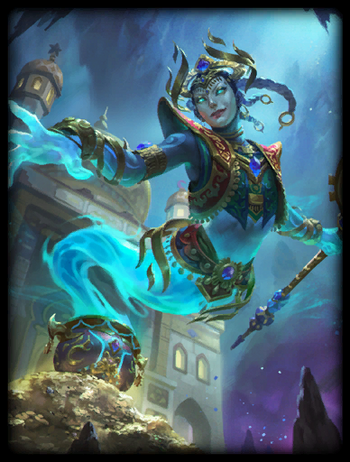 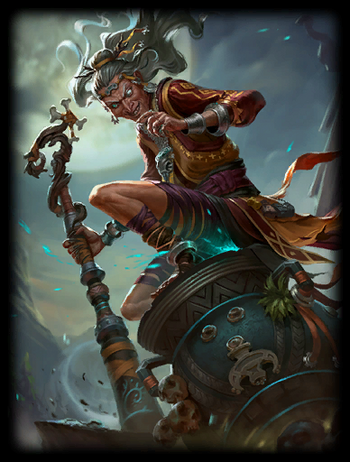 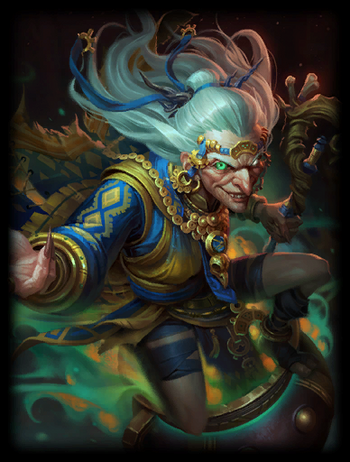 It is said that Baba Yaga waits for travelers in her house atop its gnarled chicken legs, behind a fence made of human bones. If you are brave enough to pass through the fence and enter the house you will see her stretched out across the interior, looming over her stove, or reaching out from one corner to another. Or, if you are in the woods late at night, you might see her flying overhead in her mortar and pestle and then hear the thunderous tramp of the chicken-legged house as it pursues its mistress.

Regardless, she is an ugly creature with a long nose and cruel, iron teeth, and her eyes gleam with malice. But despite her inherent malevolence, she does not interfere with others without first being approached – or provoked. If you are foolish enough to seek her, she might well punish you for your effrontery before aiding you, or aid you and then tear you to pieces because it amuses her to do so. And sometimes, very rarely, she helps without harm.

But only when it suits her to do so.

Now, as the world shudders on its axis and new horrors rise, Baba Yaga stirs in her long isolation. The gods have ignored her warnings for long enough, and if they will not ask for her help willingly, she will find a way to force them to do so...

Age: Unknown (Is older than many gods and it's implied that she's actually older than almost all of them, as her magic is described as older than theirs)

Powers and Abilities: Superhuman Physical Characteristics, Immortality (At least Type 1), Magic (Advanced), Telekinesis, Elemental Manipulation (Of the Fire, Earth, Ice and Wind variety), Explosion Manipulation (Via Blast Off), Absorption (Can absorb the essence of her enemies), Healing (Via Creeping Cabin and Absorption), Life Manipulation (Granted life to her cabin), Smoke Manipulation (Can generate smoke from her mortar), Illusion Creation (Can use smoke to see images and can also make images appear from her mortar within the smoke it produces), Necromancy (Can communicate with the dead), Animal Manipulation (Can command blackbirds), Summoning (Can summon her cabin to assist her in battle), Dimensional Storage (With her Mortar), likely others

Attack Potency: At least Large Star level, possibly Universe level+ (Is an extremely powerful witch with her magic being strong enough to make regular gods somehow afraid of her)

Speed: Massively FTL+ (Can keep up with most gods)

Intelligence: Very High. Has an extremely extended knowledge about magic and supernatural forces and beings, including gods. Was one of the only beings aware of the existence of Cthulhu and was able to deduce that his awakening was the cause of the weakening of the gods's magic as well as her own.