VS Battles Wiki
Register
Don't have an account?
Sign In
Advertisement
in: Tier 9, Tier 9-B, Tier 4,
and 54 more 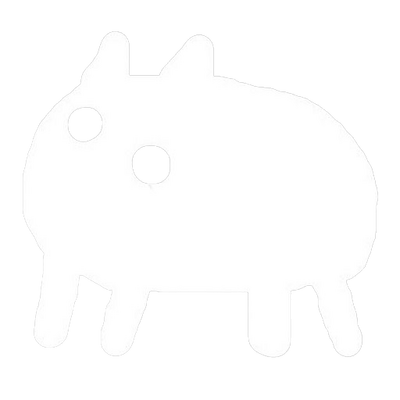 Baba is the main protagonist of the game Baba is You. He is a small sheep-like being that wanders the world of the game. Baba must interact with the rules of the world manifested as words and sentences in order to achieve "win". While "Baba" is his main appearance, he often has to take different forms and incarnate other objects in order to succeed.

Tier: 9-B, possibly 4-C as Baba, 9-A as Walls, possibly High 4-C by becoming DUST, High 7-A to High 6-A when LEVEL IS BABA, 3-A suicide or self-incapacitation attack with ALL IS DONE

Origin: Baba is You

Powers and Abilities:  Superhuman Physical Characteristics, Self-Sustenance (Type 1), Preparation (Preparation allows him to set up laws beforehand, using his optional equipment), With Optional Equipment he can perform Law Manipulation (Baba's main ability is the ability to push around "rules". He can create, modify and destroy a variety of sets of rules by pushing the individual parts of the rules) through which he can create the following effects or grant himself the following abilities: Text Manipulation, Non-Physical Interaction (Can use SHIFT, TELE and various other rules to interact with non-physical objects), Physics Manipulation (Can modify the laws of physics in a variety of ways), Possession (Adding any object to "YOU" makes said object able to be fully controlled by Baba. These objects will be considered as much a part of Baba as Baba's original body is, meaning Baba can survive even if his original body is destroyed, if another object is "YOU"), Matter Manipulation (Can make an object physical or make it intangible, as well as deconstruct objects or make solid objects liquid and vice-versa), Deconstruction (Can cause certain objects to deconstruct each other on contact), Teleportation (Can cause objects to teleport away anything they enter in contact with), BFR, Vector Manipulation (Objects with the SHIFT property will automatically cause all objects who enter in contact with them to be moved in one direction. The MOVE property allows objects to move automatically in one direction), Gravity Manipulation (The FALL property makes objects "fall" horizontally), Death Manipulation (The DEFEAT property makes objects instantly lethal to all objects with the YOU property), Heat Manipulation (Can make certain objects intensely hot), Statistics Reduction (WEAK can make objects weak enough to be destroyed by even the slightest graze. The MELT property makes objects vulnerable to heat), Flight (Can make objects fly with the FLOAT property), Duplication (The MORE property causes objects to constantly produce more of themselves. Can duplicate objects through other means as well), Sleep Manipulation (Can cause objects to be asleep), Invisibility (Can make objects invisible through HIDE), Transmutation (Can transform objects into other objects), Creation (MAKE cause objects to produce specific objects), Void Manipulation (Can cause objects to become nothing in various ways, such as making a law specifying that they cannot be themselves or turning them into EMPTY. Can also control the properties of nothing and even erase abstract objects like laws or concepts), Power Nullification (Can strip down an object of all its properties. Transforming an object into EMPTY prevents it from coming back through resurrection), Power Modification (Can modify the properties of any object, including their abilities), Power Mimicry (Can take for himself the properties and abilities of other beings, as well as created a controlled clone of other beings), Power Bestowal (Can grant any objects any property and abilities), Plant Manipulation (Spread flowers over the entire island), Size Manipulation (Can become larger through LEVEL IS BABA), Breaking the Fourth Wall (Can affect the game's cursor, as well as "win" the hub world, teleporting him to a greater hub world), Incorporeality, Nonexistent Physiology (Type 1. Can become one with Empty space), Immortality (Type 4. By setting up laws such as NOUN HAS NOUN, Baba can make said noun create itself upon death, making it effectively immortal), Omnipresence (ALL IS YOU allows Baba to possess everything, effectively becoming everything), Inorganic Physiology (Type 2. Can potentially become an object), Large Size (Type 3 to 4), Resistance to Transmutation and Law Manipulation (Setting up laws such as NOUN IS NOUN anchors the object's status as being itself, making it immune to laws trying to transform it into something else)

Attack Potency: Wall level (Can push around dozens of walls at once), possibly Star level (Can push the "DUST" object, which corresponds to several distant stars) as Baba, Small Building level as walls (Can become an entire level's worth of walls), possibly Large Star level as DUST (DUST corresponds to several distant stars and Baba can become multiple instances of this object), Large Mountain level to Multi-Continent level when LEVEL IS BABA (By making the "LEVEL IS BABA" rule, he can become the size of an entire level, as well as becoming as large as the entire island later on), Universe level suicide or self-incapacitation attack with ALL IS DONE (Putting together the rule "ALL IS DONE" will cause the entire game world to be "DONE", being completely and permanently destroyed forever, including all of its rules and laws)

Speed: Peak Human (Can move 9 tiles per second in-game), possibly Massively FTL+ (Can keep up with "ROCKET" objects, which can travel into space and to distant stars in a short time), Omnipresent with ALL IS YOU and EMPTY IS YOU (ALL IS YOU and EMPTY IS YOU allows Baba to become one with everything around him, including empty space), High Hypersonic to Massively Hypersonic+ when LEVEL IS BABA (Can become several kilometers tall and can cross such distances in seconds)

Stamina: Unknown (Has never shown to tire through the entire game)

Intelligence: At least average (Despite being an animal, Baba can solve all the puzzles in the game as well as read text)

Standard Tactics: While Baba has never been in a straightforward "fight", he has used Text in order to defeat most obstacles, even hostile enemies.

Weaknesses: Baba needs to be able to physically reach and push the Text in order to manipulate it. Certain rules can be written in such a way as to disable Baba, such as destroying the rule "BABA IS YOU" or any variants. Everyone can push around the word blocks Baba uses, meaning that they can be used against him.

-Can push around tons of rock.

-Grew to be the size of an entire island.

-Manipulated various rules by pushing word blocks. For example like this.

Note: While the game's limited plot implies that the true protagonist of the game is "YOU", with Baba being only the main vessel, the cinematics hinting towards this are too vague to properly determine this, as a result, this page is created with the assumption that Baba is the true playable character.

Baba's main ability is pushing around words. These words form together "rules" that apply to the world. Words that are placed in a straight line and form an acceptable "sentence" will apply their effects to the world, while words that aren't part of a sentence won't. These sentences are usually split into at least three elements: Nouns, Operators, and Properties, in this order.

-Operators: Operators is a text that acts as a link between nouns and properties/other objects. It can act as a verb to link two nouns and/or properties, or they can act as conditions for the rule to take effect.

-Properties: Properties are nouns that will alter an object's behavior and properties. These properties determine everything an object is, as, without properties, objects only exist visually and are all the same.

-Letters: A special form of text, letters by themselves cannot do anything. However, they can be put together to form words that are applicable. Putting the letters B, A, B, and A together will make it count as "Baba".