VS Battles Wiki
Register
Don't have an account?
Sign In
Advertisement
in: Tier 5, Tier 5-C, Tier 5-B,
and 32 more 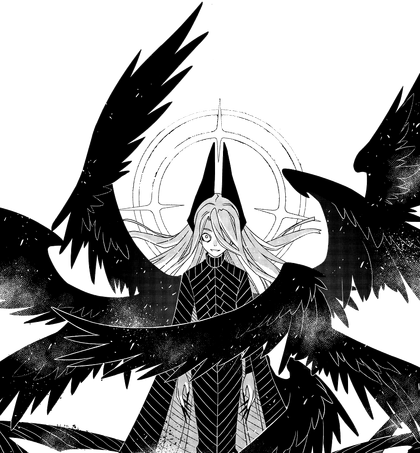 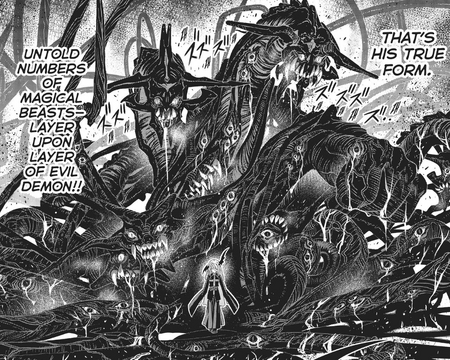 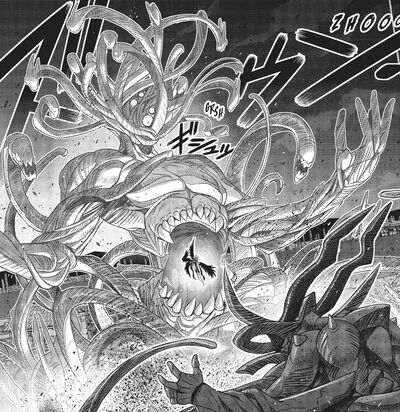 Baal is a Pure-Blood Vampire from the ancient Venusian civilization, that has lived for thousands of years. After settling in the Magic World, Baal began backing the ambitions of power-hungry mages from Inverse Mars to colonize Earth. During that time, he met and fought Evangeline A.K. McDowell, Jinbei Shishido and Karin Yuuki, who were actively fighting the Martian Invasion. Ultimately, he was sealed away, unable to interact with Earth for centuries.

After breaking from his seal, Baal decided to take revenge against Evangeline by attacking the UQ Holder hideout, in order to eliminate the immortals, as they are opposing the Mage of the Beginning and her plans. He is currently supporting Ialda's goal to seal the Solar System and all its inhabitants in her Cosmo Entelecheia, and is actively hunting down the UQ Holder numbers.

Superhuman Physical Characteristics, Extrasensory Perception, Immortality (Types 1 and 3), Regeneration (Mid-High; can survive having his spiritual body destroyed), Magic, Body Control, Energy Manipulation, Magic Barrier, Aura (Fear inducement), Magic Barrier Negation, Fire Manipulation, Light Manipulation, Transformation, Corruption (Type 1; Can convert others to vampires if they drink his blood), Skilled Martial Artist, Shapeshifting, Skilled Swordsman, Self-Sustenance (Type 1), Limited Memory Manipulation (Can read other people's memories), Darkness Manipulation (Can manifest part of his true body from his shadow), BFR (Can send people to the Void between Worlds), Plant Manipulation and Sealing (via World Tree), Duplication (Can create shadow clones), Large Size (Up to type 4; with his true body), Mind Manipulation and Soul Manipulation (Can create monstrous parasites who fuse with their host's soul and take control of them), Creation (Created Sept Shichijuurou Nanao), Summoning (Can summon his true body, which lies in another plane), Non-Physical Interaction (Can interact with intangible beigns), Dimensional Travel (Came back from the Void between Worlds after his own BFR spell was reflected on him), Weapon Creation (Can create cross-shaped spears), Pseudo-Invulnerability (During the latter part of his fight against the UQ Holder numbers, they were unable to touch him, with Jinbei even stating that Baal deflected his Switcheroo from an higher plane), Disease Manipulation and Data Manipulation via the Net Bug

Attack Potency: Moon level+ (Comparable to the other Vampire Nobles. Fought against Evangeline in the past), up to Planet level with his true form (Easily overpowered Evangeline with his Shadow Monsters and Kyoku no Majin Touta Konoe with his Demonic Titan. Should be equal to Nikitis' full strength)

Speed: Relativistic (Comparable, albeit a bit slower than the other Vampire Nobles), possibly Speed of Light attack speed with Blades of Light

Lifting Strength: At least Class K (Should be comparable, if not superior, to Touta Konoe)

Durability: Moon level+ (Withstood multiple hits from Touta Konoe's Maten Taisō), up to Planet level with his true form (Though the durability of his monsters was portrayed somewhat inconsistently)

Stamina: High; as a pure-blood vampire, Baal has incredible stamina and endurance.

Range: Varies from hundreds of metres to several kilometers when using magic, standard melee range otherwise. Possibly planetary with his true body (Has stated that the reason he keeps his true body in another plane is that he would easily erase humanity otherwise)

Intelligence: Extraordinary Genius; Baal is one of the few survivors of the civilization that existed twelve thousand years ago on Venus who managed to gain true immortality through his own skill and intelligence. The Venutian civilization was so advanced that they already had reached the sea of stars back then, with their ships being able to do interstellar travel.

Weaknesses: Destroying his heart and his spirit will slow down his regeneration.

As a Vampire Noble and a High Daylight Walker, Baal is one of the mightiest immortals and beings in the world. As Baal has stated himself, generally Vampire Nobles exist as monsters. He keeps his true self in another plane, only sending out part of it when needed.