VS Battles Wiki
Register
Don't have an account?
Sign In
Advertisement
in: Characters, Shin Megami Tensei, Megami Tensei,
and 39 more 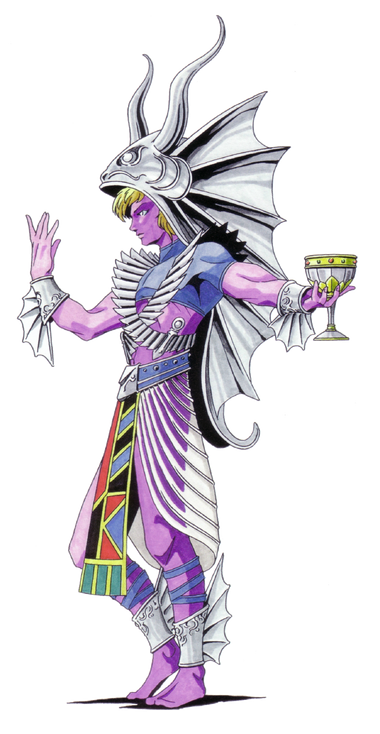 Baal Hadad, most commonly shortened to Baal, an ancient semite title meaning "Lord," is the chief deity of the Canaanite Pantheon and the god of fertility, bounty, harvest, agriculture and thunder, worshipped in the city of Ekron and popular among numerous Middle Eastern cults, who often honored Baal as their primary deity and even worshipped him in the same temples as Yahweh, before the latter's ascension resulted from the rise of the three main abrahamic religions. He is the consort and brother of the goddess Anat, and is said to provide fertile ground and crops for the land of Canaan, while simultaneously being locked in mortal conflict with his twin and direct counterpart, Mot, the god of death and decay.

Baal is most noteworthy for being seemingly the historical root behind the existence of several demonic figures recognized in abrahamic faith, most notable of which is Beelzebub, who is commonly thought of as being a demonized form of Baal, with his very name and title, "Lord of the Flies," being a mockery of the epithet "Baal Zevuv," or Lord of the Heavenly Dwelling."

Gender: Male. Though he can take on female forms as well.

Attack Potency: Outerverse level (Superior to Beelzebub, who is derived from his figure and exists as nothing but as bastardized, degraded version of Baal, with Megami Tensei II in particular depicting the latter as only able to be created by the fusion of Beelzebub and Bael)