VS Battles Wiki
Register
Don't have an account?
Sign In
Advertisement
in: Tier 2, Tier 2-C, Characters,
and 55 more

Baal, The Gate of Hell 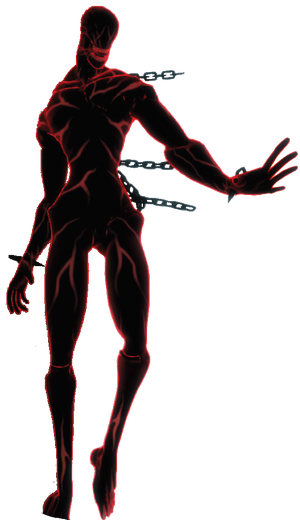 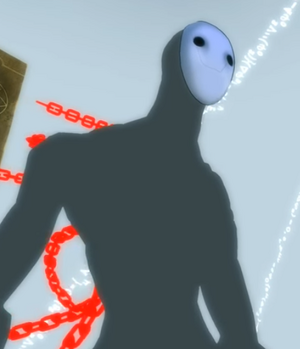 Baal ("The Master"), its the Messanger XXI, one of the entities that will bring the end of the world. Born from the events from the War of God, people wished to be a justification of all suffering, grief and misfortune of mankind, and from that idea and the amalgamation of gods corpses and demons, Baal became real. Its the concept of evil that habitate in the Nexus of Souls, created by humankind to justify everything bad that happened to them.

Started to operate in Gaia during the year 479, consuming the personal hell from one of the Demon Kings and starting the 3rd Secret War, however, was defeated by the Emperor Elijah Giovanni, and sealed in the Arcane, severing any bound with the physical world. Over 500 years later, the Supreme Inquisitor Romeo Exxet tried to use it to power up Ergo Mundus in an attemp to bound all humankind under one controlable menance, nearly releasing it in the process; but was ultimately stopped by the Bearer of Calamities and the Messenger Ergo Mundus.

Age: No more than 764 years old (Born after the activation of Upnapistim)

Superhuman Physical Characteristics, Negation (Negates the resistances and damage reduction abilities of those with lower Gnosis, as well as bypass their invulnerability. Negates Immortality Type 3, 5 and 8 and Regeneration up to at least Mid-Godly), Extrasensory Perception (Can naturally feel any alterations in the Soul Flux, such as supernatural powers being released. Can also read people's auras and appraise their state of mind. Able to see Noth, beings devoid of even a concept in the structure of existence), Dimensional Travel (Perceives all planes of existence/nonexistence simultaneously, and can freely travel between or even battle across them), Avatar Creation, Enhanced Senses (Possesses mastery in all the perceptive skills. Light or darkness no longer affect its senses), Acrobatics (Possesses mastery in any skill, including those related to Acrobatics and Athletism), Social Influencing (Possesses mastery in any social skill), Immortality (Types 1, 3, 5, 8 and 9; Reliant on humanity. Baal's true self exists in the Nexus of Souls as the idea of evil), Regeneration (Mid-Godly), Non-Physical Interaction, Flight, Destruction (Physical attacks are deformations in reality that destroy the very existence of what they hit), Incorporeality (No longer has ties to either the physical or spiritual word), Magic, Conceptual Manipulation, Soul Manipulation, Law Manipulation, Causality Manipulation, Creation, Reality Warping and Magic (Can control part of the Soul Flux in whatever way they please) (Magic manipulates the essence or soul of existence to produce desired effects on reality. Makes small alterations in reality by mere force of will), Spatial Manipulation (It bends space in order to prevent attacks reach it), Aura (Their presence modifies their surroundings to be more akin to their nature), Fate Manipulation and Causality Manipulation (Can reroll the action of it of its opponent. While fighting any being of inferior gnosis, the current of events turns favorable to Baal) , Claircognizance (Its links to the Nexus of Souls give it access to nearly infinite knowledge and the memory of those that interacted with it including The Nameless, Druaga, Summoning, Malekith, Prince of Crows, Jonathan Kappel, Nascal Mehirim and Ra-Me-Tek), Death Manipulation (Using Ra-Me-Tek's Death Stare), Duplication (Same as Malekith's power), Half damage to dark or light based attacks, Power Nullification, Corruption, Statistics Amplification and Power Bestowal (Can link its essence, voluntary or forcing it, with anyone with the minimal amounts of evil within, granting it an increase of power and gnosis based powers. Innately evil creatures are immune), Double-Edge Power (The real Baal can choose to increase the avatar's stats at cost of health), Energy Projection, Darkness Manipulation, Fear Manipulation, Forcefield Creation, Hiding, Empathic Manipulation (Negative Emotions), Intangibility, Nightmare Manipulation, Status Effect Inducement, Power Nullification, Teleportation, Creation, Vulnerability Inducement, Destruction (Of magic, ki, psyque, senses, illusions, resistances, stats, memories, powers, will, skills and souls), Disease Manipulation, Divinity Negation, Black Hole Creation, Illusion Manipulation (It includes Invisibility, Memory Manipulation, Senses Manipulation, Nonexistent Physiology and Pain Manipulation), Chaos Manipulation, Probability Manipulation, Supernatural Luck, Transmutation, Physics Manipulation, Sin Manipulation and Time Manipulation (It includes Time Acceleration, Time Slow-Down, Time-Stop, Temporal Lock, Regression, Time-Skip and Temporal Loop) | All the previous powers but excluding any magical power, Regeneration (Unknown), Duplication (Only once and only one duplicate) | All previous powers, Pocket Reality Manipulation (Beings of gnosis 45 or higher can freely create a pocket dimension), Dimensional Travel, likely far more

Lifting Strength: At least Class T, Class M with preparation, likely higher (Possesses Feat of Strength 200, being capable to increase its STRength by +2 by defaul, higher if have luck) | Unknown | Unknown

Intelligence: Being connected to the Nexus of Souls (the human collective consciousness), Baal has access to nearly infinite knowledge

Weaknesses: Increasing the powers in his avatar, Baal take to risk to cause damage to it

Notable Attacks/Techniques: Baal has access to any magic spell of the category Darkness, Chaos, Destruction, Illusion, Sin and Time; Baal's Vessel however do not possesses any of these. Additionally, it has the powers (limited) of Nascal Mehirim, Ra-Me-tek, Jonathan Kappel, Druaga and Malekith