VS Battles Wiki
Register
Don't have an account?
Sign In
Advertisement
in: Tier 1, Tier Low 1-C, Tier 1-C,
and 60 more 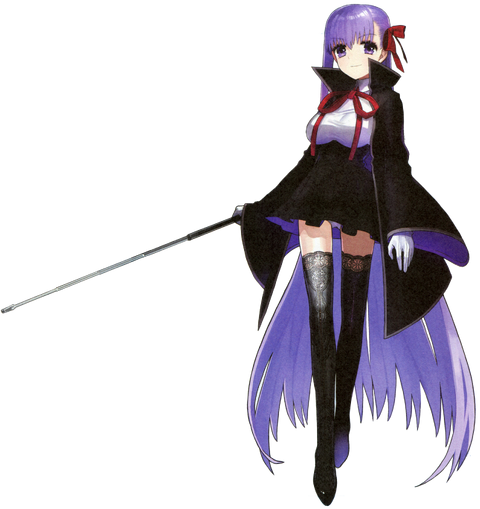 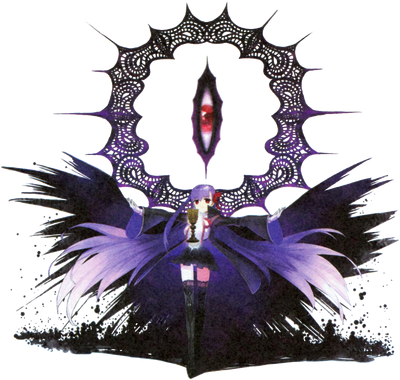 BB is an AI created from Sakura Matou's suppressed feelings for Hakuno Kishinami. After having her behavioral constraints removed by Kiara Sessyoin, BB decided to rebel against the system of the Moon Cell in order to save Hakuno from their untimely death, creating the Sakura Labyrinth and the Sakura Five to keep them from escaping the reality she created where Hakuno never died.

Attack Potency: Low Complex Multiverse level (She became the Mooncell and swallowed it, which is stated to have contained infinite numbers of possibilities, which are confirmed to be parallel worlds. By exerting the most of her Authority with Cursed Cutting Crater, she can destroy and reshape the World, including its 6th dimensional realm[1], Avalon), possibly Complex Multiverse level (In an attempt to stop BB's path to its core, the MoonCell created a barrier that cut through 8 dimensions[2]. BB not only bypassed that barrier, she also took control of the MoonCell itself, which contains and controls said 8 dimensions), can ignore conventional durability with various powers

Speed: Nigh-Omnipresent throughout space-time (Exists in past, present, and future simultaneously and can view and appear across space-time as if it were a book, absorbed the data of Tiamat, who also exists across space-time), Massively FTL+ otherwise (Comparable to Hakuno's servants) with Immeasurable reactions and combat speed (Processes the world at a 4 dimensional level, seeing and experiencing every facet of the 3 dimensional world, across the past, present and future, as one and the same, as if it was a book)

Lifting Strength: Immeasurable (Shouldn't be weaker than other beings which as the true forms of Demons, which are higher dimensional beings beyond the Universe)

Stamina: Virtually limitless (She has complete control over the Moon Cell and has absorbed the powers of numerous Divine Spirits)

Range: Low Complex Multiversal, possibly Complex Multiversal (Saver, when controlling the mooncell with Chakravatin, threathened to end all possibilities, BB who fused with the entire Mooncell should be comparable. BB is the master of Imaginary Number Space , and she gained processing power equal to the MoonCell. C.C.C. is an Anti-World Noble Phantasm that violates the world through BB's control over the MoonCell by use of drawing out the maximum potential of her EX skill "Potnia Theron". Controls and manages the 8th dimensional space created by the MoonCell)

Standard Equipment: Her riding crop, The Golden Grail, The Bishop's Staff of Rulership

Intelligence: Supergenius, likely Nigh-Omniscient, Born as a backup AI from Sakura Matou's feelings for Hakuno Kishinami, BB's rampancy allowed her to break free from the influence of the god-like Mooncell. By placing herself in "unlimited" where even it cannot reach, BB managed to successfully take over its authority, absorbing numerous Divine Spirits including the Earth Mother Goddess to empower herself, creating the Sakura Labyrinth in order to extend Hakuno's life and becoming a hyper-grade AI that was able to hack the Mooncell which was considered to be an impossible feat. Additionally, she merged with the Mooncell, granting a higher dimensional perspective (of at least 4 dimensions, possibly 8) that allows her to view the Multiverse and observe the outcome of all infinite possibilities, and destinies. Then process an analysis, and then from there produce further results based on the information obtained from her analysis in under a second

Weaknesses: She requires a sufficient amount of data and other materials as well as a portion of herself to generate High Servants and thus cannot produce them indefinitely, she weakens with each High Servant she creates. Potnia Theron will fail against those not born on Earth. She is rarely serious and spends much of her time simply harassing her foes instead of finishing them off. She can be crippled or severely weakened by particularly complex and powerful computer viruses. Her powers are tied to the Mooncell and thus much weaker if she is removed from it or if her authority is somehow overwritten

Note 1: This profile only applies to BB when she is in Moon Cell.