VS Battles Wiki
Register
Don't have an account?
Sign In
in: Characters, Digimon, Good Characters,
and 44 more 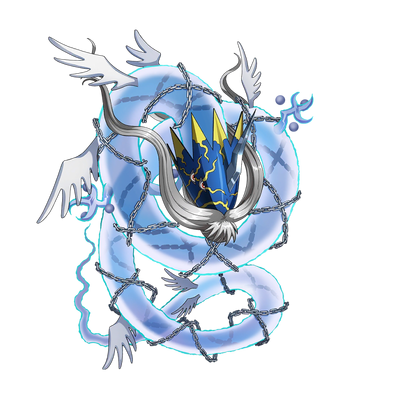 Azulongmon is one of the Four Holy Beasts who protect the Digital World, it guards the East and releases intense lightning strikes. It is a legendary being like the other Four Holy Beast Digimon, and its strength is said to equal that of a god. Also, it is counted as one of the Four Great Dragons alongside Holydramon, Goddramon, and Megidramon, and is the most deified existence among them. However, although it is a divine being, it will not easily cooperate with humans and the weak, and it is not likely to lend help to its allies unless there is something serious.

Attack Potency: Complex Multiverse level (One of the Four Holy Beast, responsible for creating a layer that transcends almost all levels of existence of the Digital World, being below only Yggdrasil. Its own existence composes part of the Digital World Balance, thus maintaining the balance in the whole Multiverse, and in case its power decreases, the Multiverse will collapse. Comparable to other Four Holy Beasts. Member of the Four Great Dragons and comparable to their level of power, it helps the other members of the group to defeat and seal Megidramon when it's unsealed)

Standard Equipment: His chains which can be assumed restrict his power

Intelligence: Extremely high. Being a member of the Digimon Sovereigns and Four Great Dragons he has immense knowledge over the Digital World. He also appears to be an expert tactician as he planned a war against the D-Reaper.

Weaknesses: Quite Arrogant, It's Digicores are out in the open.