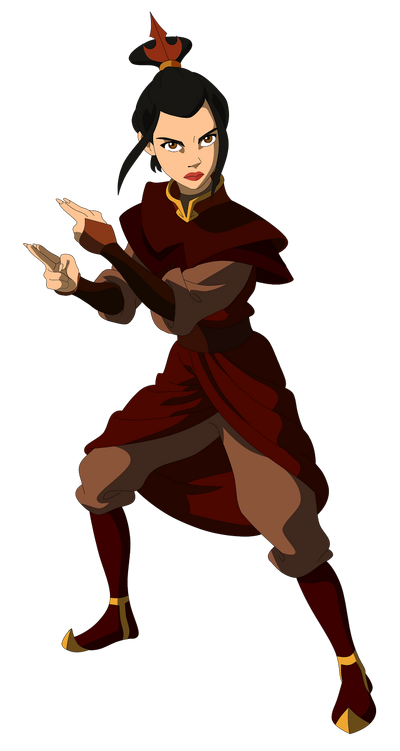 Azula was the princess of the Fire Nation, daughter of Fire Lord Ozai and Princess Ursa, younger sister of Zuko, the older half-sister of Kiyi, the aunt of Izumi, and the grand aunt of Iroh. She was a key adversary of Team Avatar, chasing Avatar Aang and her banished brother far across the Earth Kingdom accompanied by her two best friends Mai and Ty Lee.

A firebending prodigy, Azula was sadistic, manipulative, and obsessed with power. She was a skilled strategist who orchestrated the coup over the Earth Kingdom capital Ba Sing Se, and halted the invasion on the Day of Black Sun.

Powers and Abilities: Superhuman Physical Characteristics, Fire Generation/Manipulation, Can breathe fire, Lightning Generation, Expert in close combat, Limited Flight (Via propelling herself with her flames from either her hands or feet.)

Intelligence: Became a genius at battle, strategy and manipulation at a very young age, one of the most fearsome military figures of the Fire Nation.