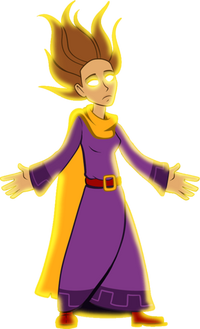 Durability: Street level (Should be comparable to revenant who she damages with spells)