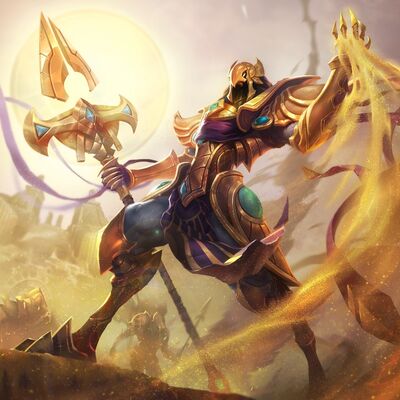 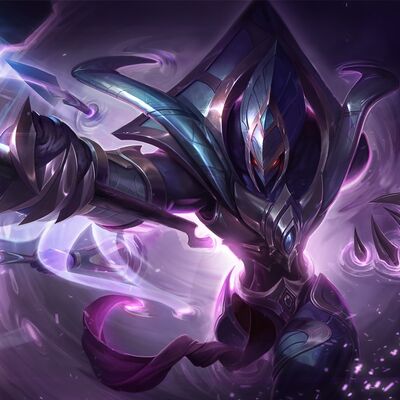 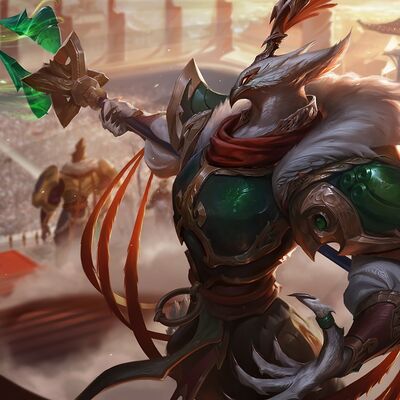 Azir was a mortal emperor of Shurima in a far distant age, a proud man who stood at the cusp of immortality. His hubris saw him betrayed and murdered at the moment of his greatest triumph, but now, millennia later, he has been reborn as an Ascended being of immense power. With his buried city risen from the sand, Azir seeks to restore Shurima to its former glory.

Seeing the Warring Kingdoms clash from his palace in the mountains, the ageless ruler known as Azir left his home with an army of spectral soldiers. He promised that one day he would return and put an end to the conflict for good.

Name: Omah Azir, The Emperor of the Sands, Golden Sun, Beloved of Mother Desert, Hawk-Father, The God-Emperor of Shurima

Lifting Strength: At least Class K (Should be comparable to if not superior to Poppy), at least Class G with Sand Manipulation (Lifted the entire city of Shurima, including the massive Sun Disc at its heart, from under the desert)

Stamina: Likely Limitless (Should be comparable to Nasus and Renekton)

Intelligence: High (An effective ruler who raised his country into one of the greatest empires on Runeterra before its fall as a result of Xerath's betrayal. His combat style involves efficient command of his sand soldiers and can thus be considered an experienced and able frontline commander and tactician. Was taught ancient knowledge by Nasus and received combat training from Renekton)

Weaknesses: Can be overconfident and stubborn at times