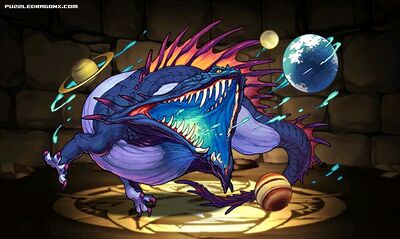 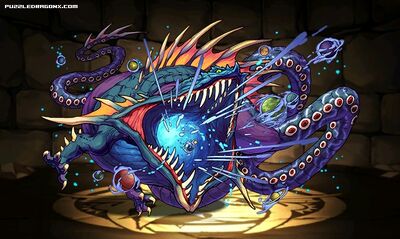 Azathoth can ultimately evolve into an even more powerful form: Azathoth, the Primal Chaos.

Attack Potency: Planet level (Massively superior to Vritra. Comparable to Cthulhu's 'The Nightmare Incarnate' form. Is large enough to eat an Earth-like planet and a moon with ease) | Planet level (Stronger than before)

Intelligence: Likely High (Comparable to fellow cosmic entities that are superior to many of the gods and warriors in the verse)

Key: Base | The Primal Chaos

Retrieved from "https://vsbattles.fandom.com/wiki/Azathoth_(Puzzle_and_Dragons)?oldid=5981267"
Community content is available under CC-BY-SA unless otherwise noted.