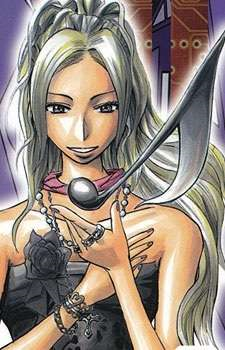 Aya Asia or Aya Aizawa is a minor villain in the manga Majin Tantei Nougami Neuro. She is a famed world-class singer known for her songs which are able to bring even the stiffest audience to tears.

Speed: Likely Peak Human (Should be comparable to Yako)

Intelligence: High (Made a complex plan to kill her two managers and made police officers completely believe that they suicided)