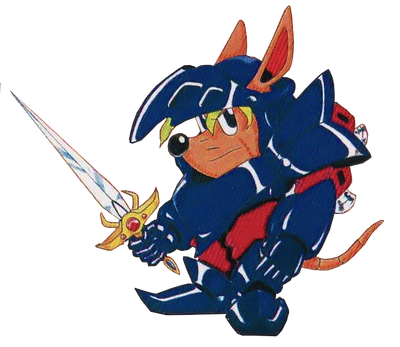 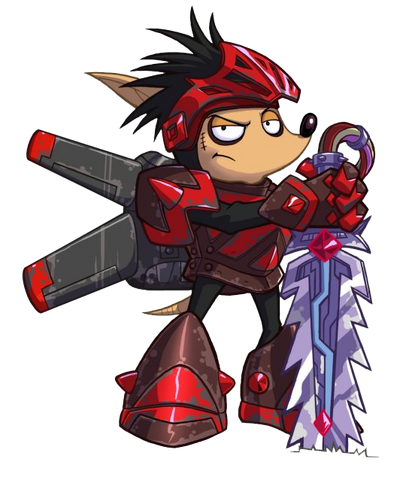 Axel Gear is Sparkster's rival and a major antagonist in the Rocket Knight video game series. He was taken in by an old fellow named Mifune Sanjulo. Mifune taught Axel Gear the ways of being a Rocket Knight. Mifune then adopted another child, Sparkster. Axel was jealous of Sparkster, as Mifune always liked him best. After years of hate, Axel finally killed Master Mifune and stole a secret book of Rocket Knight techniques. With it, he brought together the Black Knights, Rocket Knights that went rogue. Sparkster and Axel clashed in an epic battle, which Sparkster emerged the victor. Sparkster banished Axel from the kingdom, and he went into hiding.

Speed: Massively Hypersonic, likely Sub-Relatvistic (Can keep up with Sparkster)

Standard Equipment: His armor and sword

Intelligence: High, is a skilled swordsman

Weaknesses: His jetpack has to be charged after long periods of use, only cares about himself

Retrieved from "https://vsbattles.fandom.com/wiki/Axel_Gear?oldid=5695758"
Community content is available under CC-BY-SA unless otherwise noted.