VS Battles Wiki
Register
Don't have an account?
Sign In
Advertisement
in: Tier 2, Tier 2-C, Dragon Ball,
and 40 more 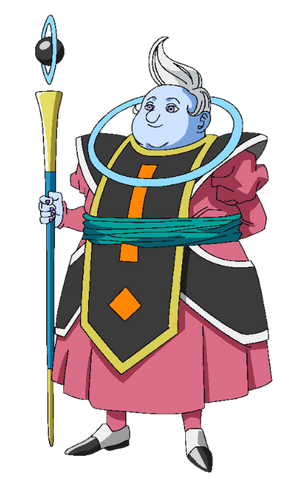 Awamo is the angel of Universe 1 and the attendant and martial arts teacher of Iwen.

Attack Potency: Likely Low Multiverse level (Being an angel should make him far more powerful than a God of Destruction. Should be at least somewhat comparable to fellow angels like Whis and Vados).

Intelligence: Likely Gifted, extremely knowledgeable in martial arts and combat. Being an angel of one of the highest ranking universes, he should at least be comparable to other angels.