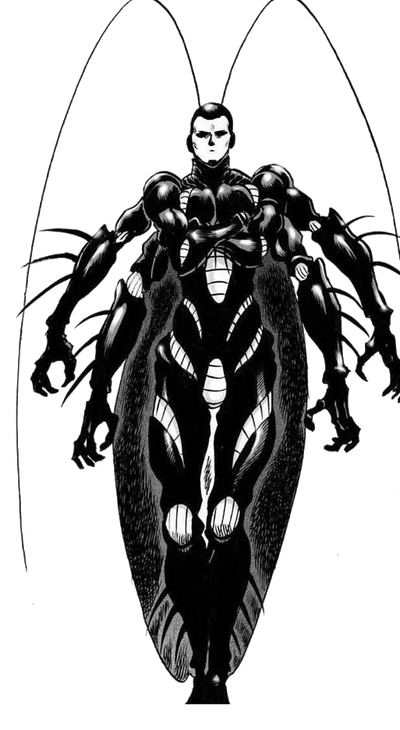 Awakened Cockroach (覚醒ゴキブリ, Kakusei Gokiburi), is a Demon-level monster and member of the Monster Association.

Attack Potency: At least Large Town level (Fought on equal footing with Post-G4 Genos and managed to deal damage to him)

Lifting Strength: At least Class 25 (Should not be weaker than the tiger class seafolk who can casually lift a trailer truck)

Weaknesses: Careless in combat at times (Did not notice Genos's adhesive gel)