VS Battles Wiki
Register
Don't have an account?
Sign In
Advertisement
in: Tier 6, Tier 6-C, Characters,
and 40 more 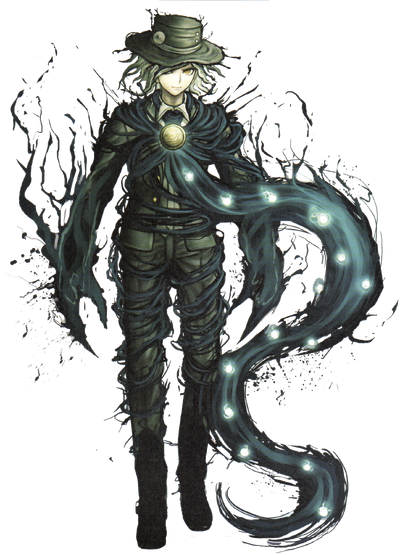 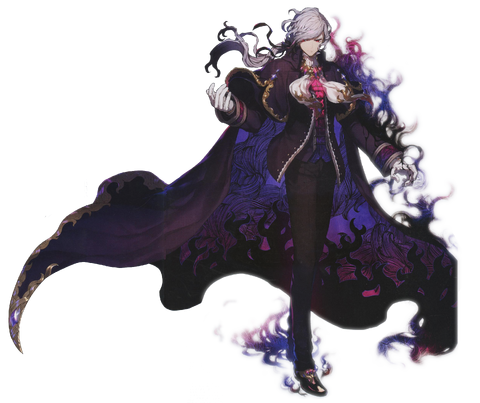 Avenger's True Name is Edmond Dantès, the Count of Monte Cristo and the King of the Cavern made famous by Alexandre Dumas' novel of one of the same names he is famous for. In the novel, he was originally living as a seaman until he was torn away from his love, Mercédès, and imprisoned in the hellish Château d'If under false charges. While others would go mad, he maintained his sanity due to his iron will and befriended another prisoner, Abbe Faria, who guided Edmond during his time in prison.

He managed to escape his prison, located and obtained the treasure on Monte Cristo island to become the richest man in the world, and learned of how Mercédès had been torn from him, and their love trampled. Infuriated and consumed by hate, he took on the false identity of the Count of Monte Cristo and weaved a lengthy revenge plot to destroy all those who had betrayed him. Ultimately, he is reformed through his guilt and regret and left with his mistress Haydée, originally a slave he bought before falling in love with her, to live in peace.

Despite his reformation, however, his legend as the world's greatest Avenger remains, and so he is summoned as one much to his dislike.

Name: Avenger, Edmond Dantès, the Count of Monte Cristo, the King of the Cavern

Powers and Abilities: Superhuman Physical Characteristics, Supernatural Luck in collecting and maintaining wealth, Magecraft (Monte Cristo Mythologie has burned a Magic Crest and Circuits into his body and soul, allowing him to use magecraft), Energy Projection, Aura, Fire Manipulation (Can attack with a poisonous magical flame), Mind Manipulation and Empathic Manipulation (By activating Monte Cristo Mythologie, he releases all the pent up grudges around him, causing opponents to fight amongst each other), Soul Manipulation, Information Manipulation, Conceptual Manipulation, limited Memory Manipulation (Can destroy souls with the black flames of Monte Christo Mythologie, managing to permanently kill Roa, and, like all Servants, can consume souls to replenish his magical energy), Illusion Creation (His identity is concealed with Monte Cristo Mythologie, displaying a false class and parameters in its place), can escape even abstract prisons such as space and time with Enfer Château d'If, allowing him to seemingly appear in more than one place at a time, Rage Power (Servants with Avenger generate mana upon receiving damage, which can in turn be used to amplify their own power further), Empowerment (Avenger increases power the more there are grudges), Servant Physiology, Resistance to Mind Manipulation and Pain Manipulation (His Determination of Steel Skill grants him protection against anything that attempts to affect his mind, as well as completely blocking off his sense of pain), Limited Resistance to Memory Manipulation (Avengers can never forget their grudges, no matter what will happen, or how long the grudge is)

Attack Potency: Island level (Fought Jeanne, Caligula, Fergus, and Nightingale in the Prison Tower event. Battled the Demon God Pillar Andromalius during the final battle in Solomon's temple. Fought and defeated Tarantella in life), Island level+ with Enfer Château d'If (An A-rank Noble Phantasm and thus should be comparable to Durindana). Ignores conventional durability with Monte Cristo Mythologie (A fire that can burn the soul, allowing it to permanently destroy Roa).

Speed: Massively Hypersonic (Fought and kept up with several Servants throughout the Prison Tower event including Jeanne and Phantom, who both have A-rank agility. When he was alive, he kept up with Tarantella who utilized lightning in his attacks in their fight), Immeasurable with Enfer Château d'If (Allows him to escape and move outside of even abstract prisons such as time and space).

Durability: Island level (Possesses A+ rank endurance, making him superior to Heracles. Fought Andromalius, and can withstand the speeds he travels at with Enfer Château d'If)

Stamina: High. Other Servants can fight for nearly an entire day without stopping, and Edmond's iron will allows him to remain composed at all times and ignore all sensations of pain. Limitless with Self-Replenishment (Avengers do not run out of mana so long as they have grudges to hold)

Intelligence: As the renowned Count of Monte Cristo, Edmond is a master of subterfuge and revenge plots, having orchestrated the events that led to the downfall of those who ruined his life and trampled upon his marriage. His renown for his escape of the Château d'If has been sublimated in his ability to escape the confines of any prison, including space and time, allowing him to make leaps through time and space to execute a devastating hit and run maneuvers before vanishing back to safety.

Standard Tactics: He ususally opens with either his soul destroying fire or going for an immeasurable speed blitz.

Weaknesses: Edmond dislikes being an Avenger and laments his existence as one who is always seeking revenge compared to the original who found peace in his love with Haydée. He cannot fight in spirit form.

Monte Cristo Mythologie: The King of the Cavern: Edmond Dantès' nature as the incarnation of vengeance, materialized as his body, and as a Noble Phantasm. Said to have been tied to the 14 relics Edmond Dantès' founded during his lifetime, it has burned a Magic Crest and Circuits into his body and soul, a power equal to that of the Age of Gods, that allows him to materialize his magical energy as poisonous flames that burn at the soul of his victims. A flame so powerful that in his lifetime, Dantès' was able to harm and permanently kill Roa despite the latter's regenerative powers and even burn through the magical trap he used on Dantès' in their fight. It also renders him effectively immune to poisons and mental interference and passively conceals his parameters and class, displaying false information instead. It is continuously active, but by releasing its True Name, he can cause all the pent-up grudges around him to come up, causing opponents to fight amongst themselves as they're suddenly assailed by distrust.

Enfer Château d'If (Hell Château d'If): Tyger, Tyger, Burning Bright: A Noble Phantasm born from the iron will of Edmond Dantès, cultivated during his imprisonment within the Château d'If, and from the legend of his escape from the prison. It allows him to escape even abstract prisons such as time and space, and by applying these effects to his body and conduct such thinking speeds it is impossible for normal humans to bear, he can move at ridiculously high speeds so fast that it appears that time has stopped for him and that there are more than one of him, all of which attack their opponent with the flames of their grudge.

Attendre, Espérer: Wait, and Hope: Edmond Dantès' final Noble Phantasm, representing the single light of hope one could find in their own darkness in the form of these words that has become his famous catchphrase: "Wait, and Hope". It is a high-grade recovery Noble Phantasm which allows Dantès' to come back from the brink of death or in a condition where he is unable to fight anymore, temporarily boosting all of his parameters in the process. He can also use it to resuscitate others, giving them the same bonus as he would get and allowing them a fighting chance.

Avenger: The signature class skill of Avengers, representing the existence of one who gathers the grudges and hate of others and takes it onto themselves. Avenger converts damage and malice turned on him into magical energy, increasing his strength as well.

Oblivion Correction: An Avenger never forgets, attacking from beyond oblivion with greater strength than other Servants. Thus the power of their blows increases whenever they strike an opponent's weak points.

Self-Replenishment (Mana): A skill that allows Avenger to replenish his magical energy over time.

Determination of Steel: A skill representing Edmond's sheer force of will after breaking out of Château d’If. It allows him to completely ignore the feeling of pain and grants him the ability to endure the blistering speeds at which he travels. It combines the effects of the "Bravery" and "Calm and Collected" skills, granting further resistance to mental interference while boosting the damage he inflicts in melee combat and allowing him to maintain his composure no matter what circumstances he finds himself in.

Golden Rule: Throughout history and mythology, individuals destined to amass vast fortunes and treasure are identified as possessing Golden Rule. Due to becoming the richest man in the world during the events of his story from the treasure he found in the Château d'If, Edmond has an A-Rank in this skill, meaning that he will always have enough money to buy whatever he needs.

Wisdom of Predicament: Edmond is a Heroic Spirit renowned for his incredible flight from an inescapable prison through his own luck and Abba Faria's teachings. This manifests in his ability to use the Item Creation skill with B-Rank Proficiency, granting him the ability to produce magical devices to aid his escapes and aid him in combat.