VS Battles Wiki
Register
Don't have an account?
Sign In
Advertisement
in: Tier 6, Tier 6-C, Tier 1,
and 51 more 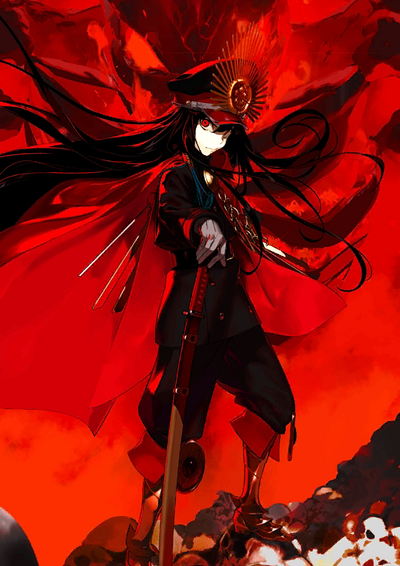 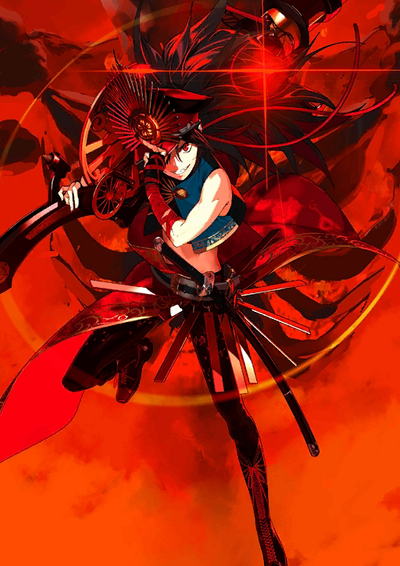 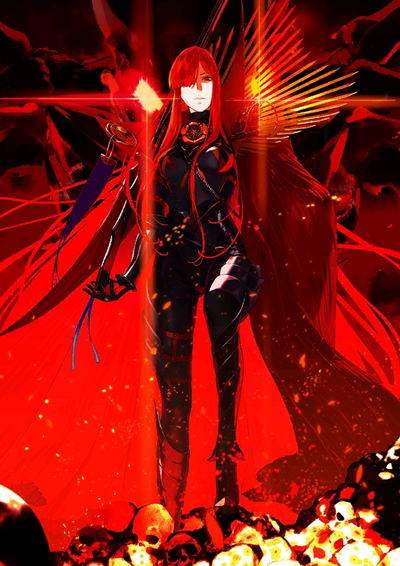 Avenger is an Avenger-Class Servant able to be summoned by Ritsuka Fujimaru in the Grand Orders of Fate/Grand Order, first appearing as ally servant in the GUDAGUDA Final Honnoji event.

Avenger's true name is Oda Nobunaga, though in truth she's much more than that. She is an amalgamation of every single Nobunaga across the past, present and future, with her various forms reflecting that. Her initial form is similar to the Archer version summoned in Chaldea, before changing to Oda Kipposhi, a male form representing her time as the Fool of Owari. Finally, she becomes Demon King Nobunaga, the embodiment of the world's fear, hatred and reverence of her. Nobunaga's philosophy was that humanity should rely on itself and not the whims of the divine, which transforms her into the true Demon King of the Sixth Heaven and the ultimate destroyer of all Shinto gods and Buddhas. Even with this power, she is more akin to "the Nobunaga furthest from reality and closest to the abyss", rather than "the strongest Nobunaga", the human-shaped flame that burns brightly on the other side.

Powers and Abilities: Superhuman Physical Characteristics, Expert Hand-to-hand Combatant, Weapon Mastery, Supernatural Luck, Minor Fate Manipulation (Servants with B-rank Luck or higher can change their own fates to evade inevitable outcomes such as having their hearts destroyed by Gáe Bolg), Empowerment (Increases in power against those with high Divinity and/or Mystery), Pocket Reality Manipulation (Should be capable of using Demon King of the Sixth Heaven), Existence Erasure and Paralysis Inducement (Those who have high Divinity has hard time moving and maintaining their existence within her pocket dimension), Summoning (Should be able to summon swords and guns), Fire Manipulation, Breath Attack, Shapeshifting (Should be capable of turning herself taller or shorter, younger or older just like her Archer counterpart), Mind Manipulation (Brainwashed Izou), Power Bestowal (Capable of giving other objects anti-divine flames), Abstract Existence (She is the materialization of the concept of Nobunaga, past, present and future), Social Influencing (Should be capable of using Charisma just like her Archer counterpart), Portal Creation and Dimensional Travel (Can open a portal to another world), Boost, Statistics Amplification (Can increase her power by burning herself), Rage Power, Possible Acausality (Type 2), Servant Physiology, Resistance to Curse Manipulation and Corruption (Type 2; Should be capable of resisting mud of the Grail due to being antihero), Limited Resistance to Memory Manipulation with Oblivion Correction

Stamina: High (Servants can fight for an entire day without tiring and continue fighting for as long as they have sufficient mana). Limitless with Self-Replenishment

Standard Equipment: Her Demon King Sword, a collection of all the swords she has ever gathered.

Intelligence: Nobunaga is an excellent fighter and leader, being almost able to reunite all of Japan during the Sengoku Period. She is intelligent enough to never be assassinated as stated by her little brother Nobukatsu. Being the amalgamation of all Nobunaga, she has the intelligence and experience of all version of herself, past, present and future.

Weaknesses: Cannot fight in spirit form. Nobunaga's existence is extremely unstable, and as such her Noble Phantasm can only manifest briefly.

Key: Base | Powered by Maxwell

Thanos (Marvel Comics) Thanos' Profile (Infinity Gauntlet Thanos and Avenger Powered by Maxwell were used, both were Low 1-C, speed was equalized and the battle took place in the DOOM Hell Realms)