VS Battles Wiki
Register
Don't have an account?
Sign In
Advertisement
in: Characters, Ava's Demon, Magical Girls,
and 28 more 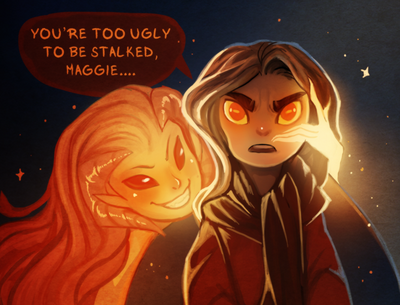 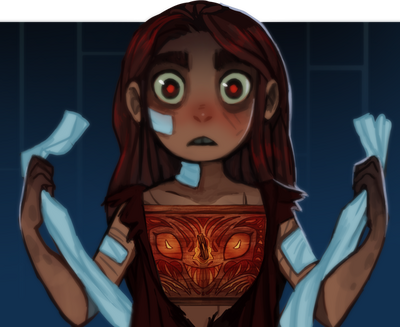 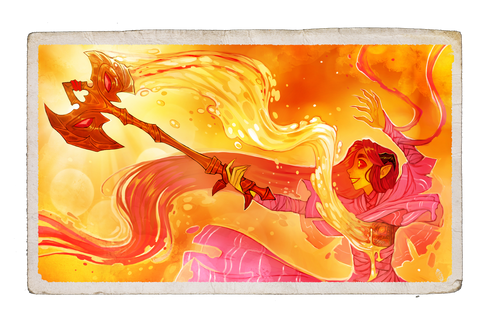 Ava is the main protagonist of the webcomic Ava's Demon. She was "haunted" by Wrathia, the soul of a fallen empress, since the day she was a born. Wrathia wanted revenge against TITAN, the one who destroyed her galactic empire, so she made a curse for her and her hundred best warriors to be reborn, hoping to be reborn in a powerful species, gather her warriors and overthrow the new emperor of her lands.

Unfortunately, she was reborn as a human, and after failing to convince her that she isn't part of her imagination, tried repeatedly to kill her so that she would be free and be reborn in another universe.

After scavengers attacked the planet Ava grew up on, she escaped with a ship together with Maggie and Odin, but they crashlanded, and she nearly died. They made a pact for her to survive: Ava would get a new life, and in exchange, she would help Wrathia to kill TITAN.

Powers and Abilities: Superhuman Physical Characteristics, limted Fusionism (Can make a "pact" with Wrathia), Astral Projection (Wrathia only) | Regeneration (Low-Mid, got stabbed through her chest and was all heal up the next morning), Immortality (Type 1 & 2, Wrathia stated that a body with two souls is immortal. ), Dream Manipulation (Can explore her own mind while asleep and can enter other people minds in as reveal in Chatper 11), Soul Manipulation (Wrathia give a piece of her soul to Ava, which she can tranform it as a weapon), Fire Manipulation, Heat Manipulation (Can turn her body tempture up when she scared or angry) , Magma Manipulation (She throws up lava at random), Can see invisible spirits with Limbo lenses, Cloth Manipulation (Can create clothing capable of taking extreme heat at will), Weapon Mastery over an axe, Telekinesis , Flight, Creation (Of giant fireflies and demons made out of Magma, and an axe that is made out of Wrathia soul), Pain Tolerance (During her panic attack she ripped off her nails without feeling any pain), Magic, Afterimage Creation, Portal Creation (There's a portal in her chest that lends into her mind), Resistance to Heat, Fire, and Magma

Speed: Average Human (Dogged one of the scavengers from catching her), Supersonic (dodge five laser bullet from Six and kill most of the guard while cutting Six's radio before he notices .)

Lifting Strength: Below Average Human | Peak Human | At least Class 5 (Easily slam metal door away), likely much higher (Created and controlled enough lava to flood an entire stadium and made constructs out of them)

Stamina: Unknown (She passed out after one fight, but it's not known if due to loss of stamina or Wrathia wanting to talk with her)

Range: Standard melee range with her Axe| Tens of meters when using fire or magic| possibly Hundreds of meters with Magma

Intelligence: Average, or Above (After drink one of the vitals she was able to learn most of her ability and weapons under a short time.)

Weaknesses: Suffer from anxiety and anger problem, Wrathia possesses her to kill her (she can brush it off in a few seconds), Inexperienced with socializing, Whimsical and doesn't take enemies seriously, suffer from self-harm panic attack. 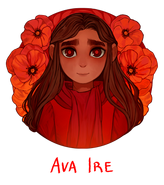 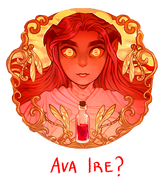 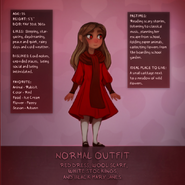