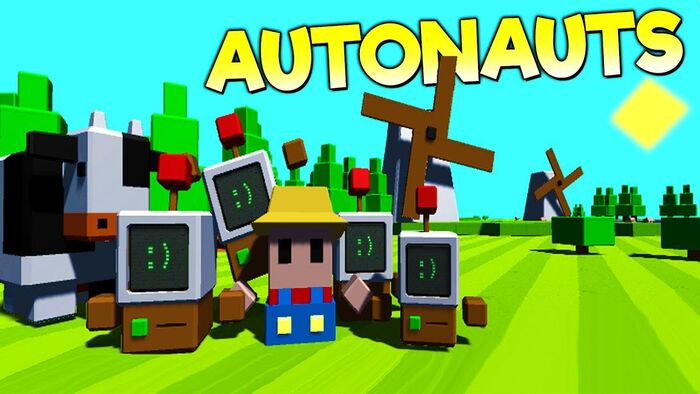 Summary of this Verse

Autonauts is a popular game created by Denki. It is portrayed as an Automation game, where the player must automate all the productions in his / her world, using machines, bots and many other things, and has goals like helping and feeding the poor residents who still live on this planet. The game is in a pre-pre-alpha, currently in its version 20, and is receiving enough updates over time. The game can be played for free.

Autonauts is a little powerful, so far. Because the game is in alpha, the characters' abilities can increase a lot as time passes. At the moment, this verse has characters with Wall level powers. The most notable character is the protagonist of the game, the Autonaut. He can break, build, plant, cook, create, customize and a lot of other thinks, he has complete freedom to do anything in his world. Another noteworthy one is the workerbots, created by Autonaut itself, which can be programmed to do many things to help.

The equipment, tools and machines are mostly the same as the real-world portraits.

Characters Of The Verse